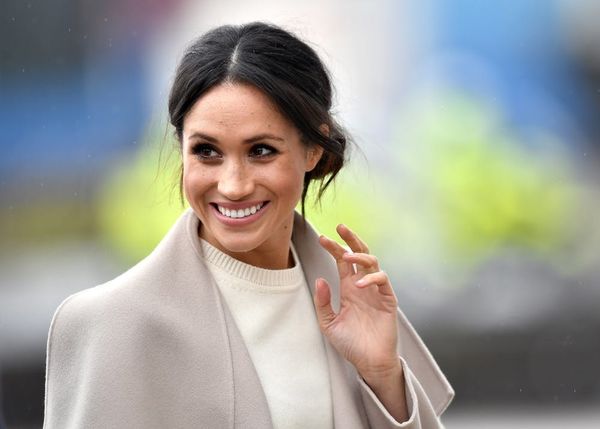 Meghan Markle is making some meaningful moves in her new role as a royal. The Duchess of Sussex collaborated on and is supporting a new charity cookbook made to help the women and communities affected by London’s 2017 Grenfell Tower Fire.

According to the Royal Foundation, Markle first visited the Hubb Community Kitchen at the Al Manaar Centre in West London in January 2018. Women who had been displaced by the Grenfell fire had been meeting there twice a week to make food to bring back to their hotel rooms, where there were no facilities to cook.

“I immediately felt connected to this community kitchen; it is a place for women to laugh, grieve, cry, and cook together,” Markle wrote in her foreword for the book. “Melding cultural identities under a shared roof, it creates a space to feel a sense of normalcy — in its simplest form, the universal need to connect, nurture, and commune through food, through crisis or joy — something we can all relate to.”

Through the Royal Foundation and Penguin Random House, Markle collaborated with the women on a cookbook, the proceeds of which will go toward making the kitchen accessible seven days a week.

“Together is a cookbook. But it’s also the story of a West London community who gathered together in a kitchen and discovered the healing power of sharing food,” the Duchess of Sussex explains in a promotional video shared by Kensington Palace.

“It is like one family now,” one of the women adds. “Sharing food, sharing happiness, sadness, everything.”

The Duchess of Sussex is supporting a new charity cookbook, 'Together: Our Community Cookbook', which celebrates the power of cooking to bring communities together. #CookTogether pic.twitter.com/XEclxgQjR4

The cookbook, called Together: Our Community Cookbook, will be available on September 25 (and is currently available for pre-order), with all proceeds going straight back to the Hubb kitchen.

Will you order the Together cookbook? Let us know @BritandCo!

Nicole Villeneuve
Nicole is an entertainment and lifestyle writer covering pop culture, news, and cool women doing cool things. She likes yard sales, MTV's Teen Mom, and putting too many memes in the group chat. She lives in Toronto.
Food News
The Conversation