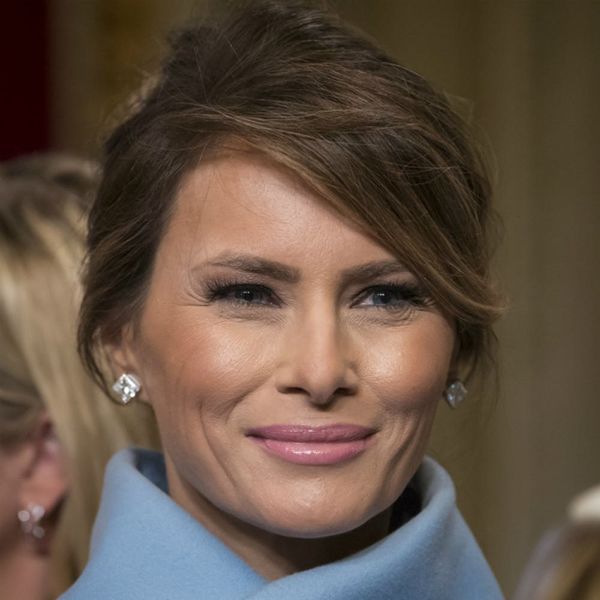 Sometimes truth is stranger than fiction, and at this point, we couldn’t make this stuff up if we tried.

Not much has been known about the First Lady’s plans for her new role. She doesn’t live at the White House (though plans on moving in at the end of the school year), only has a skeleton staff and has yet to announce her plans for the programs she would like to lead while in her new role. Many have criticized how she has been presented in the media, with people rightly pointing out how some coverage has been very disrespectful to the First Lady. Now that many designers are boycotting even dressing her, it’s fair to wonder whether Mrs. Trump has felt comfortable with her new role in DC. But now, new information reveals Melania Trump’s vision to monetize her role as FLOTUS. And we’ve only discovered this due to a lawsuit unlike anything we’ve seen in the past.

In a libel filing against UK tabloid The Daily Mail (who accused Melania Trump of being a prostitute), the First Lady admits that negative reporting against her may hurt her chances of financially leveraging her role into million dollar endorsement deals.

Think Progress reports that the suit, which was filed Monday afternoon in New York, reads: “Plaintiff had the unique, once-in-a-lifetime opportunity, as an extremely famous and well-known person… to launch a broad-based commercial brand in multiple product categories, each of which could have garnered multi-million dollar business relationships for a multi-year term during which Plaintiff is one of the most photographed women in the world.”

Yep, that’s right. She’s worried about how this will affect her ability to spin her role as FLOTUS into multi-million dollar deals. This is not okay.

While we aren’t arguing that people have a right to run their businesses as they see fit, the Trumps are now engaged as civil servants and NOT as a business. The role of civil servants is to serve the greater good (and the people), and if the Trumps are planning on using our government for personal financial gain, that goes against everything higher office stands for (in fact, it’s downright unconstitutional).

If this is the Trump plan for the Presidency, we are in for quite a ride. Making oneself richer is not putting “America First,” it’s putting the Trumps first.

Whether or not the President even speaks on this subject remains to be seen. But if this is his wife’s position, there’s reason to worry that it could also be his… and that is a dangerous game for the nation’s leader to be engaged in.

What are your thoughts on the First Lady? Share with us @BritandCo!