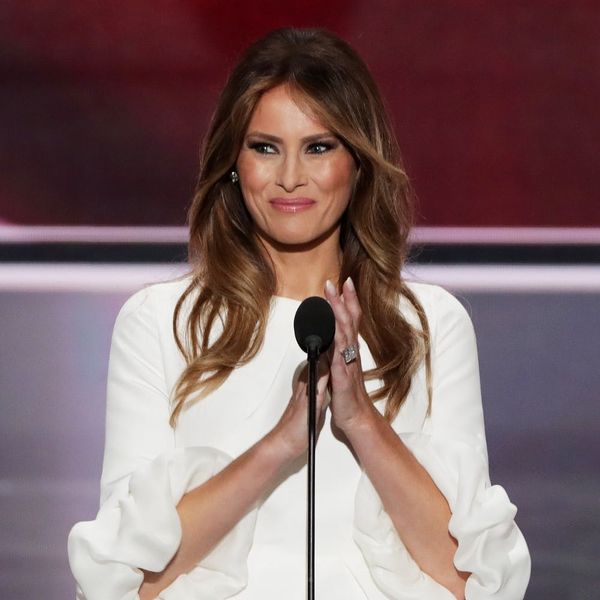 Melania Trump has already distinguished herself as a non-typical FLOTUS. Preferring to stay in her NYC home as opposed to moving into the White House, speaking several languages fluently, and facing unprecedented issues regarding fashion, she’s undeniably a women to be reckoned with. And that’s totally the vibe we’re getting from her very first official portrait as the First Lady. Her powerful pose, her fierce gaze, and that ring!

The photo was apparently taken at the White House, though we’ll readily admit that’s the last detail we noticed when checking out Melania Trump’s portrait. The 46-year-old former model is putting her professional skills to good use, because there’s no denying that she looks stunning. In a sleek black ensemble featuring the bow that she’s becoming known for, we can’t help but spy the ring on her finger which features one heck of a diamond. A whopping 25 carat diamond, to be exact.

What do you think about Melania Trump’s first official FLOTUS portrait and that ring? Let us know @BritandCo!