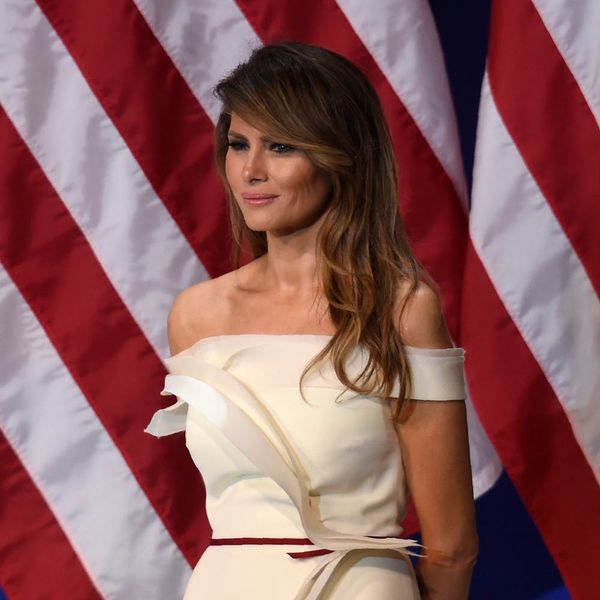 We’re still in the very early days of Donald Trump’s presidency, and there’s not only been a firestorm around his policies, but also surrounding his famous fam. While Ivanka is facing major retailers dropping her brand and Melania is involved in an eyebrow-raising lawsuit, they can certainly handle themselves when it comes to biz, even when that biz hits a bump.

But now, the personal attacks have seriously crossed a line. The entire Trump family has been the subject of scrutiny, with even young Barron Trump becoming a target, and we’ve discussed before the problems in choosing the wrong targets for Trump-directed criticism. It’s especially dicey to criticize the women in Trump’s circle for reasons that aren’t related to policy-related actions — criticizing, for example, Kellyanne Conway on her appearance or slut-shaming Melania Trump. But apparently, some still didn’t get the message.

Model and activist Emily Ratajkowski took to Twitter on Monday to first share an upsetting encounter she’d had the night before while at the Grammys.

Sat next to a journalist from the NYT last night who told me "Melania is a hooker." Whatever your politics it's crucial to call this out for

what it is: slut shaming. I don't care about her nudes or sexual history and no one should.

Calling out the BS behavior in no uncertain terms, folks were quick to applaud Emily’s stance, including the FLOTUS herself.

Applause to all women around the world who speak up, stand up and support other women! @emrata #PowerOfEveryWoman #PowerOfTheFirstLady

While that may have been the end of it, the New York Times writer mentioned in Emily’s tweet, features writer Jacob Bernstein, came forward to offer an apology.

This is a four part tweet. 1. I want to take ownership of a mistake I made.

2. Speaking at a party in what I thought was a personal conversation, I nevertheless made a stupid remark about the first lady.

3. My editors have made it clear my behavior was not in keeping with the standards of the Times, and I agree.

4. My mistake, referring to unfounded rumors, shouldn’t reflect on anyone else and I apologize profusely.

Though, TBH, it sounds more like he’s trying to get out of trouble with his bosses than realizing and admitting why his comment was so problematic, and that second tweet sounds like he’s mad at Emily for calling him out in the first place. It’s wild to think that we have to keep reminding people, but here we are again. Slut-shaming, body-shaming (and just being-a-jerk-and-shaming) is NOT okay. If you have problems with someone’s political ideology or policies they’re involved in, stick to that — it’s a more constructive form of criticism that isn’t punching down. And remember (let’s just keep saying it): We’re stronger together.