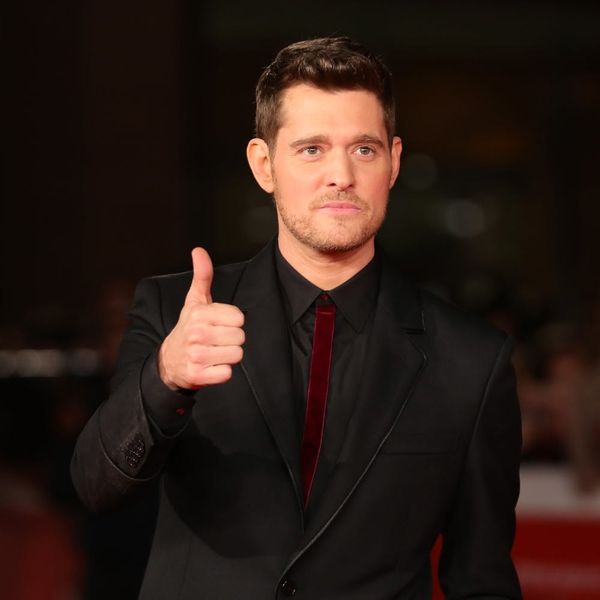 The days are looking brighter and brighter for Michael Bublé. Following the amazing news that his three-year-old son Noah is now cancer-free, the doting dad, who took a break from the stage in order to be by little one’s side after his diagnosis, has returned to public life for a very special reason.

The Canadian singer stepped onstage to accept the National Arts Centre Award in Ottawa from the Governor General of Canada, an honor he was meant to receive last year, but had to skip due to family commitments (which could possibly include Noah’s diagnosis).

“I stand here truly humbled that I have been allowed to be one of your musical representatives and that you would choose to bestow this honor upon me during what has been an emotionally difficult time for my family,” Bublé said while accepting the award, according to The Canadian Press.

He also addressed the fans that have stood behind him throughout the ordeal, saying, “I thank you for the love and support that you’ve given me and for the pride I’m filled with every single time I’m able to stand on a stage and say, ‘My name is Michael Steven Bublé, and I am Canadian.’”

This is how the new tour begins. Off to rehearsals. We're coming to a city near you !!! #getready #2017 #mbtour

Bublé’s wife, Luisana Lopilato, previously spoke of the the road ahead that the family faces, telling E!, “My son’s recovery is a long process as you all know, and he has to continue with check-ups. But we are very happy. We are looking forward to thinking about the future, to seeing our children grow.”

Things may not always be easy, but as long as they’re together, it sounds like these three are ready to take on the world.

Are you happy to see Michael Bublé back in public? Let us know @BritandCo!

Desiree O
Desirée O is a ‘Professional Bohemian’ who loves anything and everything related to the arts, entertainment, and pop culture. She ADORES being a ‘Newsy’ for Brit + Co, covering all of the latest tidbits of awesomeness that you want to read about. When she’s not writing, she’s either making messy art, going on long adventurous walks with her camera, or poking around over at bohemianizm (http://www.bohemianizm.com/). You can find out about Desirée O and her work at http://DesireeO.com/ or follow her on Twitter @DesireeO.
Parenting
Celebrity News
Parenting