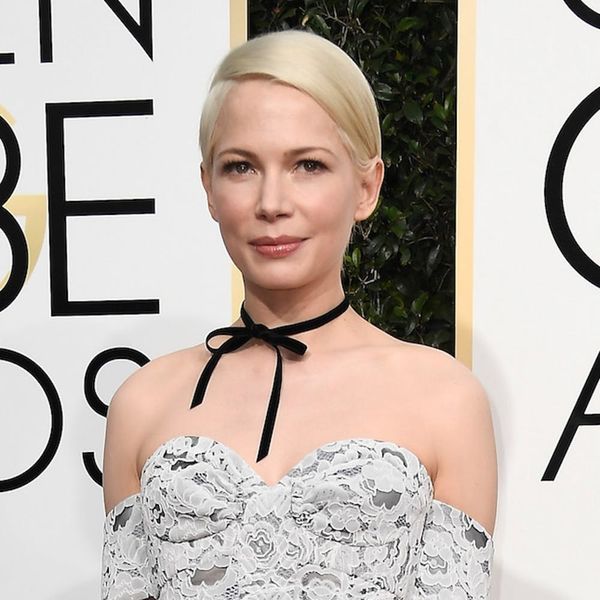 It’s very likely that this year’s Oscars will be different from any we’ve seen in the past. Awards show season has already set a political precedent, and with some of the night’s nominees embroiled in controversy, there are sure to be more than a few trending talking points during and after the ceremony.

Of course, the red carpet can sometimes be the center of controversy as well, and if Michelle Williams has her way, she’d be bringing an unconventional, head-turning look to the Oscars this year.

When recently asked by People what she’d wear to Hollywood’s biggest night if it was socially acceptable, she quickly answered, “A protest t-shirt.” Though the Manchester by the Sea nominee didn’t clarify what protest slogan she’d prefer to sport, there’s no doubt it’s def a far cry from the lace off-the-shoulder Louis Vuitton she wore to the Globes recently.

These days, a protest t-shirt — even to a formal Hollywood gala — seems like it’d be more than socially acceptable; it might even be encouraged. We say do you, Michelle. You can watch the Oscars this Sunday, February 26 at 8:30pm EST to see if she ends up going through with it.

Do you think Michelle should follow her heart or stick to the fashion script? Let us know over @BritandCo!