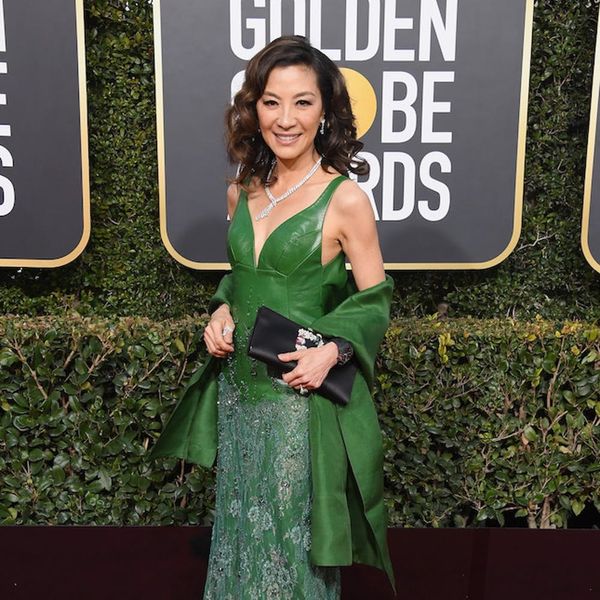 The 76th Annual Golden Globe Awards on January 6 at The Beverly Hilton in Los Angeles kicked off awards season with a bang. Celebs all brought their look-at-me fashion A-game to the red carpet, but Crazy Rich Asians actress Michelle Yeoh really had us doing a double take when she flashed the ginormous emerald ring her character Eleanor Young wears in the blockbuster film.

Yep, that ring — the one (SPOILER ALERT) the tough-as-nails matriarch eventually gives to her son Nick (Henry Golding) to propose to Rachel (Constance Wu) with. Yeoh wore the sparkler to match her green leather and floral gown, though according to the LA Times, the dress was not designed around the ring. (Photo via Steve Granitz/WireImage)

In fact, the ring predates the dress and the movie — and is part of Yeoh’s own collection. As she told E!’s Giuliana Rancic on the red carpet, “This is my own ring. It was such a character in the film. It had to be instantly recognizable. The color green is about life [and] prosperity. With Eleanor, she is very particular, and I know the ring she would wear.” Since it plays such an integral role in the film, it seems only fair the stunning bauble should get another moment in the spotlight.