Everything You Need to Know About the 2019 Golden Globes 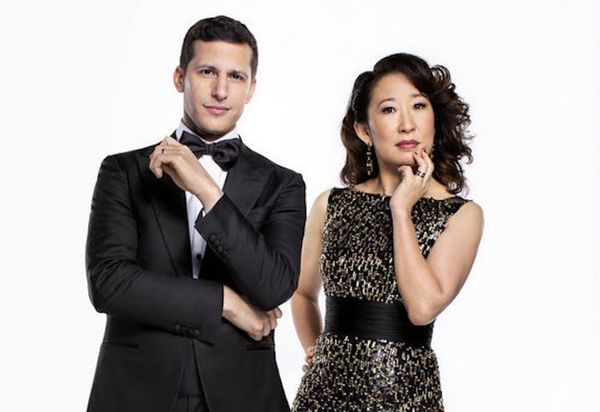 Roll out the red carpet: The 2019 Golden Globes are almost here! The 76th annual telecast will serve as the kickoff to awards season by honoring the best in film and TV from 2018, and there are already some exciting reasons to tune in. Here’s everything you need to know about this year’s show.

What time are the 2018 Golden Globes?

After a successful (and hilarious) stint presenting an award together during the 2018 Emmys, Sandra Oh and Andy Samberg will act as this year’s hosts. Let’s just hope they get that best friend handshake worked out by Sunday.

If Beale Street Could Talk

A Star Is Born

Jeff Bridges will receive the prestigious Cecil B. DeMille Award, an honorary Golden Globe given for outstanding contributions to the world of entertainment.

Additionally, the Hollywood Foreign Press Association is introducing a major new TV special achievement award. The inaugural Carol Burnett Award will be presented to someone who has “made outstanding contributions to television on or off the screen.” The very first recipient? Its namesake, comedy legend and TV trailblazer Carol Burnett, of course.

The best part and one of the main reasons to watch is that we won’t know until we’re surprised. Of course, sometimes the surprises can come in the form of unexpected winners, and given that there were some shocking snubs in this year’s nominees, it’s likely there will be a few wins we don’t see coming.

What’s on the menu?

Will you be watching the 2019 Golden Globes? Let us know @BritandCo!