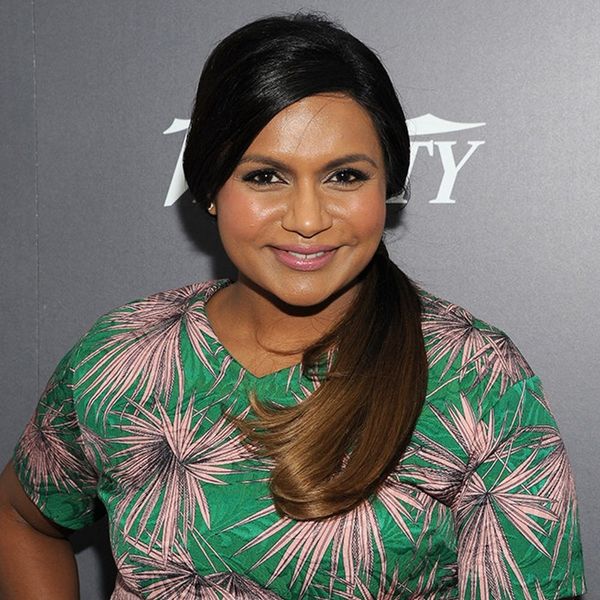 It’s happening! Fall’s biggest must-read is here! Almost! After sharing the good news last summer that book #2 was coming (back then the date + deets were TBD), Mindy Kaling finally revealed official info on Why Not Me?, the follow up to her New York Times bestseller Is Everyone Hanging Out Without Me? This time around it’s all about life inside the Hollywood bubble and it’s sure to be a page turning laughfest.

The Mindy Project creator + star announced the upcoming book’s release date (September 29, we’ve already pre-ordered — you?) via Twitter. According to her website, Why Not Me? will be filled with hilarious, insightful and even deeply personal essays highlighting her journey to finding contentment throughout her adult life. With relatable topics like falling in love at work, seeking new friendships and attempting to lose weight without any behavior modifications (us too, Mindy), the thought of what she is going to share already has us corralling a book club group to discuss the hijinks.

When it comes to her Hollywood life, the actress will still be keeping the topics pretty relevant to her audience. Aside from meeting Bradley Cooper (and probably fangirling all over him), her not-so-average life may actually seem comparable to ours. The book will highlight the perils of conforming to on-camera beauty regimens (providing insight on why she chose to go “honey blonde”) and even include juicy secrets on her relationship with ex and current friend B.J. Novak — which she admits “…is weird as hell.”

With sample chapter titles like “How to Look Spectacular: A Starlet’s Confessions,” “Player,” “Unlikely Leading Lady,” and “Soup Snakes,” we’re already keeping our fingers crossed Mindy will just give us a super early sneak peek at the book and upload all those titles for us to LOL over. Until then, we’ll be keeping a close watch on Mindy’s social media outlets and making plenty of room on our bookshelf for this fall must-read.

Will you be adding Mindy’s new book to your bookshelf in the fall? Let us know in the comments.

(Photos via Angela Weiss/Getty + The Concerns of Mindy Kaling)