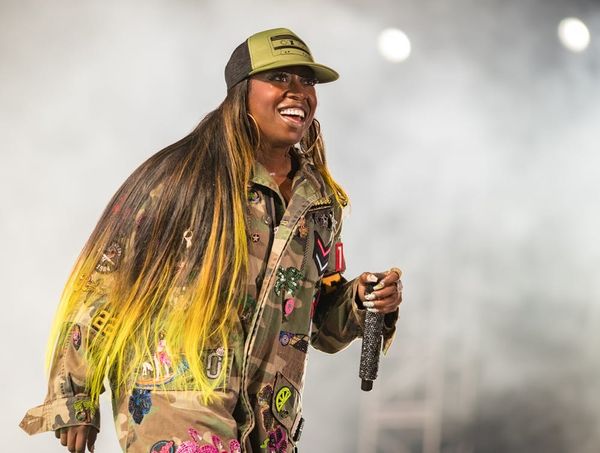 Ellen DeGeneres welcomed one of the summer’s most endearing viral stars, Mary Halsey — AKA the woman who rapped Missy Elliott’s “Work It” — to her show on Thursday, and the amateur rapper got the surprise of a lifetime when Missy herself showed up to perform the track with her.

“It was a shock,” Halsey told DeGeneres of her sudden internet fame. “I put it out there and said, ‘I want to go viral,’ but I never thought it would happen.” Halsey also revealed that “Work It” has been her karaoke go-to for 15 years. She first learned the lyrics as part of a contest and realized that people were always thrilled to hear the 2002 hip-hop hit.

Halsey then took the stage for a performance, perfectly recreating the moment that made her famous. As she rapped, Elliott surprised Halsey and the entire audience by joining the viral star onstage to rap along with her. Halsey paused in surprise only for a brief moment before quickly getting back to the song, expertly trading lines with the rapper, who laughed and let Halsey shine in the spotlight.

Elliott took notice of Halsey’s video when it went viral in August, taking to Twitter to say she loved it and to call Halsey her “funky white sister,” a nickname Halsey is happy to have.

What did you think of Mary’s performance with Missy? Let us know @BritandCo!