Morning Buzz! Pokémon GO Is Having This Unexpected Effect on Mental Health + More 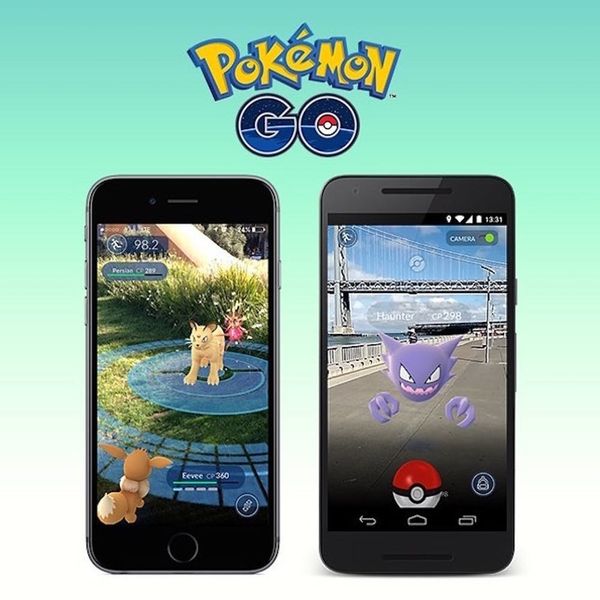 Another Monday, another edition of Morning Buzz to start your day! From a pretty cool Pokémon GO side effect to a capital-A Awkward encounter with Tom Hiddleston, here are six of today’s top news items to start your day.

1. Pokémon GO is having a positive effect on mental health. The app, which allows players to catch Pokémon while out and about in everyday life, was released just last week and was immediately a phenomenon, flooding social feeds with pics and memes. While some less-than-ideal uses for the augmented reality game have surfaced (like people using it to trap people into robberies — yikes!), some users have found that it had an almost instant positive impact on their mental health. “Pokémon GO is literally making people with depression and anxiety and agoraphobia leave the house and explore the world and socialise,” Twitter user @jasonjarmoosh said, with another user echoing the sentiment, saying the game has “done wonders for my mental health, providing me with purpose and reason to go outside at last.” (h/t Attn)

Even though we're not in the states, were still celebrating 🎉 hope everyone has a fun and safe 4th! #MyGuys

2. Kristin Cavallari has felt the wrath of online parent shaming and she is NOT having it. You know the old saying: NEVER READ THE COMMENTS. But Kristin dove in on one of her Instagram photos from the family’s recent vacay to address the mounting concerns over the appearance of her young sons. Critics said the boys were too skinny, to which Kristen replied, sarcastically, “Yep, I starve my children,” she wrote. “Just blocked the most people I’ve ever blocked in my entire life. Happy 4th hahaha.” Some users came to Kristin’s defense, saying that those with the negative opinions must not have young, active children, and that their appearance was totally normal.

Tom Hiddleston being interviewed in the Gold Coast and was asked about Taylor Swift. His answers: "I don't know". pic.twitter.com/l3vBPXv9Hf

3. Tom Hiddleston gave his first interview about Hiddleswift and it was A-W-K-W-A-R-D. The Hiddleswift global love tour continued this weekend, bringing Taylor and Tom to Australia and bringing this wonderful video into all of our lives. Look, we sympathize with Tom, being ambushed by a camera crew when he was just trying to go for a jog and asked questions about how him and Taylor planned to spend their time on the Gold Coast. But we also can’t help but cringe watching Tom be so proper and unrehearsed on these answers. “What are you and your girlfriend looking forward to doing on the Gold Coast?” the reporter asks, to which he exasperatedly says, “I don’t know.” LOL.

4. Lin-Manuel Miranda just made a huge hair change. Mere hours after Lin-Manuel Miranda performed for his last time in Hamilton, he cut off the infamous title role’s long hair. “Teach ’em how to say goodbye…” he captioned the photo of the fallen tresses. Goodbye indeed, hair. We hardly knew you.

5. Ariana Grande’s new song is so powerful. While some celebrities such as Beyoncé and Drake responded to the tragic events in America last week with meaningful statements, Ariana Grande has responded in song, releasing “Better Days” in tribute to all of the victims who lost their lives. Along with Victoria Monét, Ariana hopes the somber song inspires fans to “not fight hate with hate.” They continue, “#BlackLivesMatter. To all of the lives taken pointlessly, we will not let you be forgotten. You have sparked change in this world with your angel wings. Rest In Peace.”

I had the pleasure of meeting an angel on earth! After my show in Miami, @champagnepapi introduced me to Megan! She's inspired me so much with her strength and her perspective on life! So fearless and kind! It's heavy news that I can't slide in your DMs anymore like I used to!! There was always a smile waiting for me there! You brightened any day! Rest up baby girl! We will miss you!!

6. Quote of the day: “She’s inspired me so much with her strength and her perspective on life! So fearless and kind! It’s heavy news that I can’t slide in your DMs anymore like I used to! … We will miss you!!” Rihanna and Drake both paid a heartfelt tribute to a big fan, Megan Flores, who illustrated the meaning music can play in peoples’ lives and who sadly passed away from cancer. She had the chance to meet her idols after a show in Miami recently and clearly had an impact on the artists.