A New Pokemon App Is Taking Over + Everyone Is Freaking Out 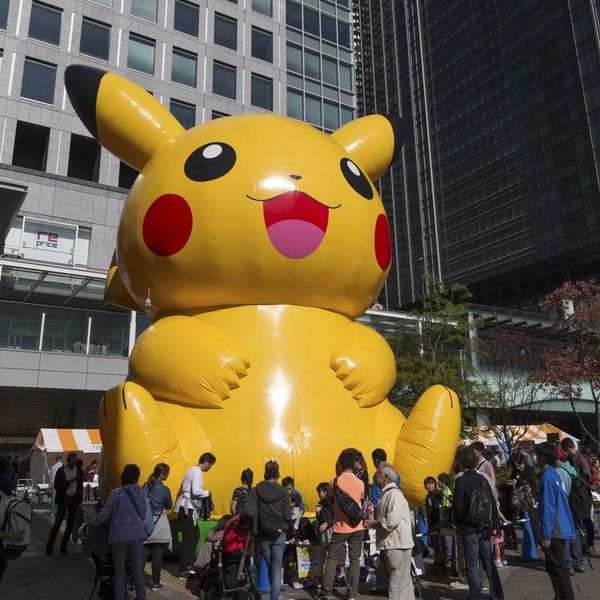 If you’ve scrolled through Twitter over the past 24 hours, you’ve likely noticed something strange. There’s either a new, deep renaissance of childhood nostalgia happening or Pokemon are here IRL. The real answer is somewhere in between. A new app, Pokemon GO, premiered on the app store yesterday and is already taking over everybody’s free time. It’s currently only available in the US, Australia and New Zealand — and it’s at the top of the app charts in those three countries.

Ok legit having Pokemon GO as someone who travels the world is the best thing ever created. Motivates u to explore every city

And in Australia, the app has caught the attention of police. When people started wandering into a local station on the hunt for Pokemon, officers decided to intervene. “Whilst the Darwin Police Station may feature as a Pokestop, please be advised that you don’t actually have to step inside in order to gain the pokeballs,” they wrote on Facebook. “It’s also a good idea to look up, away from your phone and both ways before crossing the street. That Sandshrew isn’t going anywhere fast.”

Solid advice for all Pokemon trainers out there. Now go catch ’em all — but safely.

Have you downloaded Pokemon GO? Let us know @BritandCo!

Cailey Rizzo
Cailey is a junkie for all things pop culture. She studied journalism and English literature at SUNY Purchase, then continued studying French cinema and literature at Paris IV Sorbonne. She currently lives in New York where she can often be found singing '70s music at karaoke bars.
Tech
More From Tech