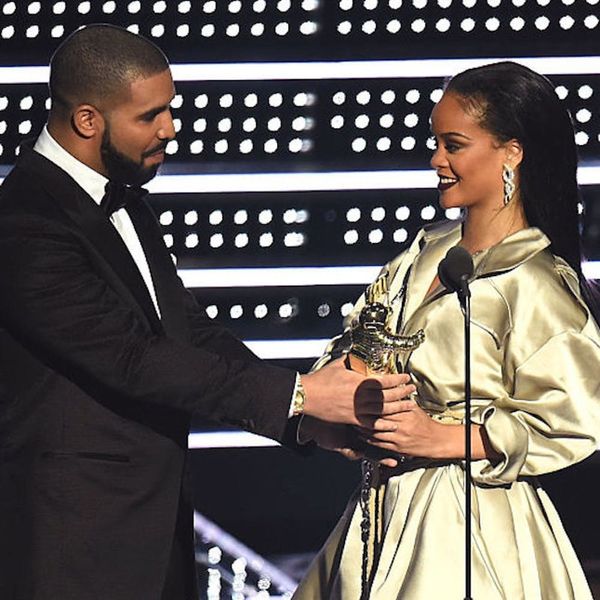 From more Drake and Rihanna hints to maybe getting more Simone Biles in our lives, check out six of today’s top news items below.

1. Here we were all excited because Rihanna posted an Instagram in which she thanks Drake for his VMAs speech, saying she “loves him for that.” Meanwhile, she’s getting a super adorable tattoo to remind her of him in NYC. You might remember the selfie Drake posted of the are-they-aren’t-they old friends/couple in advance of her VMAs win, and you might have noticed the teeny cute camouflage stuffed shark in the bottom right corner, said to have been purchased at their private aquarium date night. Now look at her tattoo. WHAT COULD IT MEAN?!

#FinalFive PLEASE! We have been dying to do it https://t.co/1No4Dx6Pt7

2. Simone Biles is very onto something with this plea to have the Final Five host SNL. The star gymnast replied to NBC’s tweet asking viewers who they’d want to see host the show’s 42nd season, so Simone got in on it with a “PLEASE!” telling the show they’ve been dying to do it. This is something we didn’t even know we needed in our lives, but now we’re obsessed. Make it happen, NBC!

3. Here’s what Venus Williams eats. In the lead-up to her first match of the US Open, Venus wrote down everything she ate for Cosmo, and you might be surprised to learn that it’s largely plant-based, with Caesar salad being an often end-of-day go-to for her. Even her snacks are super healthy — she’s a big fan of kale chips. This read is a great meal-planning refresher, TBH. Check it all out here.

4. Ryan Reynolds joked that Blake Lively “blames” him for her second pregnancy and now we can’t stop picturing his dorky moves. In a recent interview, Ryan revealed that his “extraordinarily pregnant” wife Blake says his irresistible moves are to blame for baby number two. “Yeah, ya know, I just played a little Lionel Richie, and the mood hit!” he said to People. Of course, Ryan is known to be juuuust a bit of a jokester, but naturally we choose to believe that this is what actually happened and that their daily life is filled with non-stop dorky adorableness. (Photo via Ron Sachs-Pool/Getty)

5. This little girl losing her mind over the saying “pizza is my boyfriend” is something to aspire to. It’s no secret that pizza is a widely celebrated food, and putting “pizza is my boyfriend” in an online bio or a T-shirt is a trendy way to acknowledge your love of the greasy pie. But this toddler just doesn’t quite get it and finds the concept of dating pizza, as she sees it written on a lunchbox, just TOO hilarious. And you know what? Us too, little girl.

6. Quote of the day: “Yes, love at first sight does exist. It will happen to you in the Manchester United players’ lounge — although you will get a little drunk, so exact details are hazy.” Victoria Beckham penned a letter to herself in the October issue of Vogue UK and the details of her meet-cute with husband David are too cute not to share.

Do you believe in love at first sight? Let us know over @BritandCo!