Morning Buzz! Taylor Swift Could Be Making Another Trip Down the Aisle + More 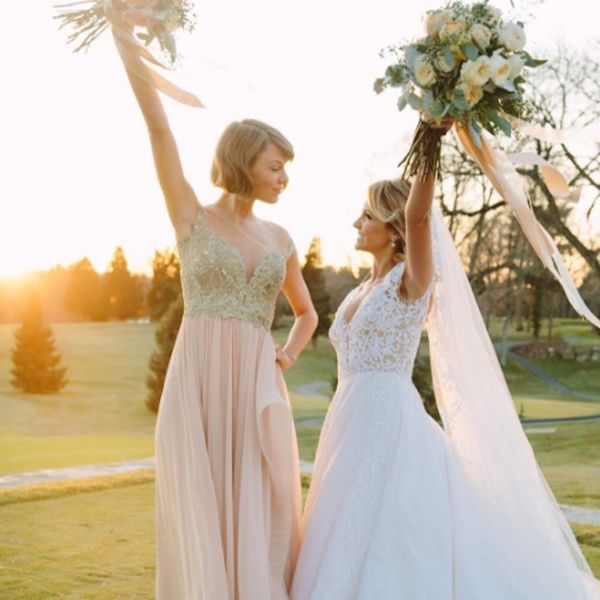 Happy almost-weekend! From a BFF engagement to a #TBT that’s coming IRL, here are six of today’s top news items to read up on!

1. Taylor better dust off her maid of honor skills, because one of her BFFs Abigail Anderson just got engaged! Back in February, Tay proved she had the MOH chops when she took part in the wedding of two friends she’s known almost literally since birth. Of course, there’s no telling at this time if she’ll be asked to do the same for Abigail’s wedding, but the the high school besties frequently show up in each others’ social media, most recently on a double date at a Selena Gomez concert. Either way, we’re sure Taylor will be there and love every minute of it.

2. This celebrity tribute to the Orlando victims is a heartbreaking must-watch. Earlier this month, in the worst mass shooting and hate crime against LGBTQ people in United States history, a gunman opened fire in LGBTQ club Pulse in Orlando, killing 49 and injuring 53. A lot of details have surfaced about the man responsible, but in an effort to instead remember and honor the lives of the victims, Ryan Murphy has produced a video featuring 49 celebs who each give us just a tiny glimpse into these peoples’ lives. “For too long, a toxic combination of anti-LGBTQ hate and easy access to guns has put LGBTQ people at disproportionate risk of violence and murder,” the video’s caption says. “On June 12, forty-nine innocent people — most of them Latinx — were killed at Pulse nightclub in Orlando simply because of who they were. It’s on all of us to keep their memories alive, and to ensure part of their legacy becomes meaningful action to end hate violence.”

3. Nashville fans, breath a sigh of relief — both Connie Britton and Hayden Panettiere will be returning to the show when it makes its move to CMT! After the show was cancelled by ABC in May, fans organized online to try to voice their support and help it stay on the air. Shortly after, CMT picked it up, and some details have been slow to come in — but now, we’re good. (h/t EW)

It's back – and it's clearer than ever. Get your hands on #CrystalPepsi in select stores August 8th! pic.twitter.com/v85afAWieO

4.’90s kids will freak out over Crystal Pepsi’s return. The once-failed clear soda is back for a limited time after a contest late last year proved some nostalgic demand, and will be available in the U.S. starting August 8 for eight weeks, according to PepsiCo. TBH, the campaign for this thing sounds cynical, and a little all over the place. We’re as much a fan of overdosing on #TBT culture as everyone else, but when a marketing director doesn’t even try to find a creative angle or a reason this will resonate with people outside of “few things are as hot right now in pop culture as the 1990s” (which, duh, but at least PRETEND!), we’re feeling the burnout on this a little. An accompanying video game inspired by the classic computer game Oregon Trail will feature references to Furby, Tamagotchi, pagers, bucket hats and Nickelodeon’s Double Dare. This is just starting to sound like an SNL digital short. (h/t AdAge)

5. Ontario, Canada will now offer gender neutral drivers licenses and health cards. Starting this month, the Government of Ontario in Canada has started issuing photo health coverage cards that do not display sex designation. Previously, the card featured either an “F” or an “M.” The goal is “to ensure the fair, ethical and equitable treatment of people with trans and non-binary gender identity.” Additionally, in early 2017, driver’s licenses will have the option to display an “X” as a gender identifier if the holder doesn’t identify as “M” or “F.” During a week when a passenger was denied the ability to board their flight because of ID confusion and transgender political candidates are making history, this change feels particularly timely.

6. Quote of the day: “I feel like I’m growing up and graduating.” Correspondent Jessica Williams is leaving the Daily Show for her own show on Comedy Central. Woo!

Will you watch Jessica’s new show? Let us know on Twitter @BritandCo!