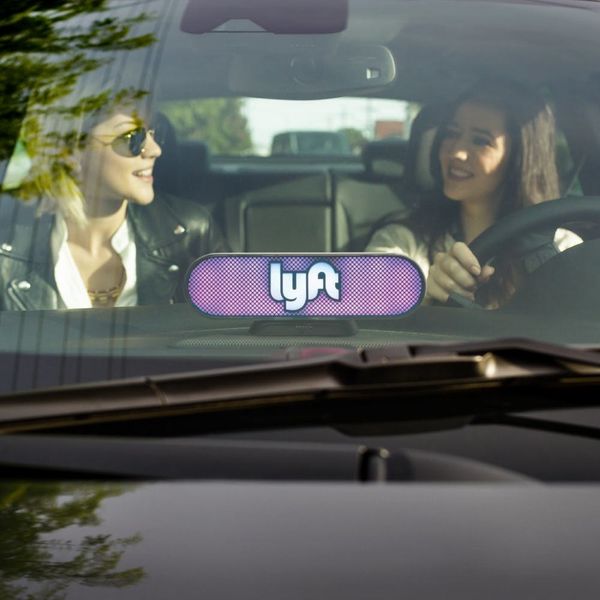 Lyft definitely gave us a convincing reason to opt for their ride-service when they announced that you can buy Lyft gift cards at Starbucks AND earn free drinks on our commute. Now, folks are swapping Uber for Lyft because of a totally political reason. With President Trump’s immigration ban sparking protests across the country and Uber seemingly siding with him on the controversial sitch, Lyft has now donated a whopping $1 million to the ACLU.

For those who are a little confused by why folks are peeved at Uber, Rumer Willis breaks it down for us with her Instagram post…

For those asking what Uber did... Many Uber drivers work for lyft as well and will keep the drivers working. https://www.google.com/amp/www.aljazeera.com/amp/news/2017/01/deleteuber-users-angry-trump-muslim-ban-scrap-app-170129082003307.html?client=safari #informed

The L Word’s Katherine Moennig even showed us by example…

And while folks leave Uber in droves, Lyft is not only reaping the benefits, but they’ve decided to amp up the action with their $1 million donation (over the next four years) to the American Civil Liberties Union (ACLU), the organization which went to court on Saturday night and won the stay against the immigration ban.

In an email sent to current users, Lyft explained that, as a company, they are “firmly against” the ban “and will not be silent to issues that threaten the value of the community.”

Surely the additional $1 million will be appreciated by the ACLU as they continue their work, though it’s in fact only a fraction of the $24 million in donations the organization received this weekend alone, which is SIX TIMES the average annual online donations. Wow. Wow! WOW!

For every action, there is a reaction, and it looks like the reactions these days are just as intense as what we’re facing with the administration. We can only imagine (…dread? …dream of?) what will come next.

Have you ditched Uber? Will you be switching to Lyft? Have you ever ditched/switched a company for political reasons? Tweet us @BritandCo!