Your Worst Holiday Nightmare, According to Your Myers-Briggs Personality Type 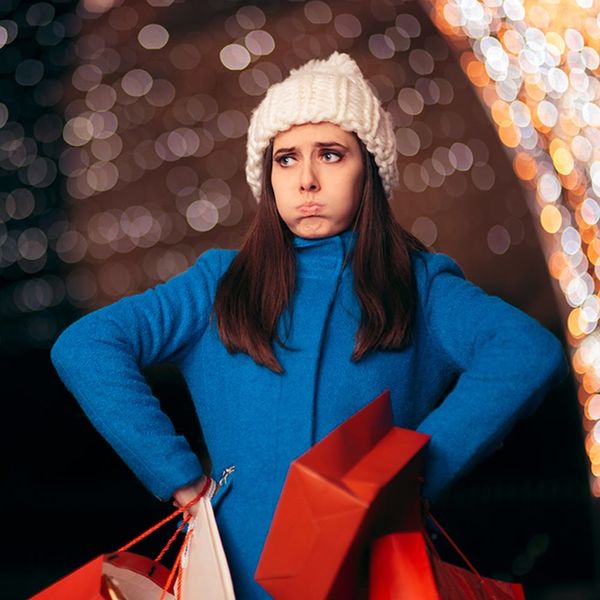 Holiday stress is real. For all the fun and excitement they bring, the holidays can also result in chaos and tension. But everyone’s idea of stress is different — and it’s likely dependent on your personality type. If you’re an introvert who would prefer to hole up at home in front of the fireplace, you’re probably not looking forward to the endless party invites. And if you’re the planning type, a gift-exchange-gone-awry might make you lose it. What’s your worst holiday nightmare, you ask? Here’s our best guess based on your Myers-Briggs personality type.

Conventional and by-the-book, the ISTJ loves tradition, which makes the holidays a special time of year. However, the logical side of the ISTJ’s personality also means following rules is important, which could make chaotic group activities a struggle. For this type, nothing could be more stressful than being in charge of a gift exchange where people aren’t following the rules.

ISFJs are big fans of harmony, both in relationships and everyday life. They feel a deep sense of responsibility not only to their loved ones but also to structures and, much like their ISTJ cousin, traditions. There would be nothing worse for an ISFJ than feeling torn between loyalty to traditions (say, cookie decorating or caroling with family) and loyalty to friends or coworkers who might want to do something different.

Want to make the intuitive, thoughtful INFJ squirm? Ask them what they want for the holidays or give them an extravagant gift. Since this personality type is so others-focused, taking center stage is deeply uncomfortable, especially if it involves admitting their own needs.

Intellectual and strategic with a penchant for critical thinking, the INTJ is a master problem solver. Despite their ability to analyze everything, this personality also feels suffocated in overly structured environments. This means any situation where social conventions take precedence over free thinking — like shallow table talk at a set-in-their-ways relative’s house, for example — will be a nightmare for the INTJ.

ISTP personalities crave freedom to roam and explore; for the ISTP, there’s nothing more life-giving than seeing and experiencing new things. Holiday FOMO, like being stuck at the office when everyone else is celebrating, is a major drag for this spontaneous personality type.

The ISFP is all about stimulating the senses and savoring beauty; this type is called the “adventurer” for a reason. Missing out on a dreamy vacation over the holidays, whether a canceled flight or broken-down car, would be this personality’s nightmare — although, knowing the ISFP, they’d probably also see the beauty in it.

Nobody appreciates the beauty and meaning in the holidays more than the soulful and poetic INFP personality. But this means that more than other personality types, the INFP has idealistic standards. Whether a thoughtful gift isn’t well received or friends cancel on a treasured tradition, this personality would struggle when holiday reality doesn’t meet expectations.

Deep thinkers who place a high value on intellect and creativity, INTPs are also quite reserved and, at times, even withdrawn. That’s why nosy, meddlesome conversations at a party would be this quiet and thoughtful personality’s version of holiday hell.

The goal-oriented ESTP is ambitious and lively but always focused on facts over feelings, which can make them impatient with others. Because they struggle to express their own feelings, relational drama or heated, emotional conversations at a family gathering would be no fun for the ESTP.

Since they’re known for their vibrant energy and enthusiasm, it’s no surprise that ESFPs bring the fun wherever they go. The flip side? They can be impatient and easily bored. Being asked to be at the helm of long-term, logistical plans, like a company holiday party or a family vacation, would not exactly be this personality’s sweet spot.

ENFPs love to deeply connect with those around them and they have fun doing it. They’re also spontaneous and highly independent, which means ENFPs are not fans of being micro-managed. The ENFP would gladly take the helm of planning a party or strategizing the charcuterie tray but would be dismayed if someone else tries to take over.

Smart, quick-witted, and innovative thinkers, ENTPs are natural-born debaters who are always ready to start a lively political discussion at a dinner party. There’s nothing more annoying to the ENTP than being told they’re wrong, but then again, that’s also fuel for the fire.

As you could guess, ESTJs are strong-willed leaders who value order and tradition above almost everything. While the ESTJ doesn’t mind being surrounded by swarms of people at a party or at the mall on Christmas Eve, a disorganized, unpredictable environment would be a nightmare for this personality — especially if they have no say in how things are done.

ESFJs are influencers who value loyalty and duty, which makes them uniquely conscious of social status. Looking bad on the holidays, like forgetting a gift for a loved one or underdressing for a fancy occasion, is this stylish personality’s version of a holiday nightmare.

Naturally diplomatic and warm, the ENFJ is the glue that holds communities and groups together. A family fight on Christmas Eve or a heated debate totally lacking in empathy would majorly rain on this charismatic, harmonious personality type’s parade.

The ENTJ is an incredible leader, and that’s because they’re so efficient and energetic. Any inefficient, slow-moving situation where they’re not in charge — like being in the passenger’s seat in a traffic jam on the way to Grandma’s house — would grind the ENTJ’s gears.