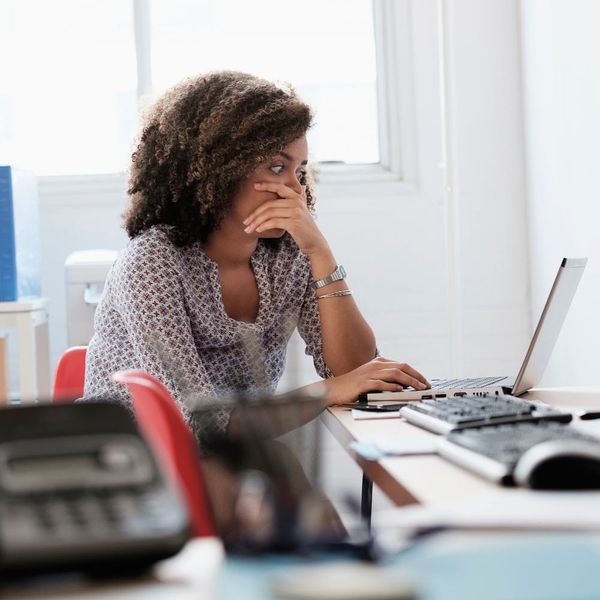 2017: It was the year fake news took over our social media feeds and made us all second guess whether what we read was fact or fiction. It’s exhausting, isn’t it? Turns out, we can sometimes be just as susceptible to fake news about our own bodies. Recently, a group of medical researchers surveyed over 1,000 Americans, asking them to call true or false on some of the most common health misconceptions. Curious what women fell for? Here are six of the most prevalent myths we believe about our own health — and the info we need to take care of our bodies.

You can’t get pregnant on your period

Whether or not conception is possible during menstruation is one of the most common questions in women’s health: Nearly 1 in 10 women think they can’t conceive when they are menstruating. While getting pregnant on your period is less common (most women ovulate at least a week after their period), it can definitely happen. The probability of conception completely depends on the length of your menstrual cycle. If your cycle is, say, between 21 and 24 days, you’d ovulate sooner, and since sperm can live inside you for up to five days, there’s a fair chance that fertilization can occur if you have sex near the end of your period. For this reason, it’s always best to use protection, even if you think your chance of getting pregnant is low.

Everyone should drink EIGHT glasses of water daily

More than 61 percent of women believe eight is the magic number when it comes to staying hydrated. While eight glasses are certainly better than none, the amount of water individuals need to stay hydrated and healthy varies. A better rule of thumb for ounces-per-day consumption is half of your weight. For example, if you weigh 150 pounds, you will want to drink 75 ounces of water daily. Keep in mind, however, if you exercise frequently or you have health problems, you may need even more H2O. If you want to glean the benefits of a faster metabolism and even weight loss, most health experts recommend doubling the recommended amount and drinking an ounce of water per pound you weigh every day.

Women who live together have synchronized cycles

Remember in college when your period would magically sync up with your roomie? Chances are, it was a coincidence. Still, more than half of women believe their menstrual cycles somehow align when living together for an extended period of time. While many women report this phenomenon of “menstrual synchrony” anecdotally, science simply doesn’t back it up.

Most people only use 10 percent of their brain

The human brain is extraordinarily complex, so it would make sense that we’ve only tapped into a decimal of its power. If anything, this myth can make us feel better about our own shortcomings. Neurologist Barry Gordon at Johns Hopkins School of Medicine in Baltimore, however, says this common stigma is “almost laughable,” since we actually use nearly every part of our brains daily.

Muscle turns into fat if you stop working out

Have you ever hit the gym when you really didn’t feel like it because you thought you would lose all your progress if you took a day to relax? You aren’t alone: 30 percent of women think a day off from working out puts their toned muscles at risk. Not only is this mindset incorrect, but studies show working out too much can actually harm your health. The truth is, muscle and fat are two totally different kinds of tissue; their relationship doesn’t work that way. Plus, working out daily can actually prevent your body from healing its muscle fibers and negatively impact your overall energy levels. So take a well-earned rest every now and then — doctor’s orders.

What’s the most bogus myth you’ve believed about your body? Tell us the misconceptions you’ve fallen for @BritandCo.