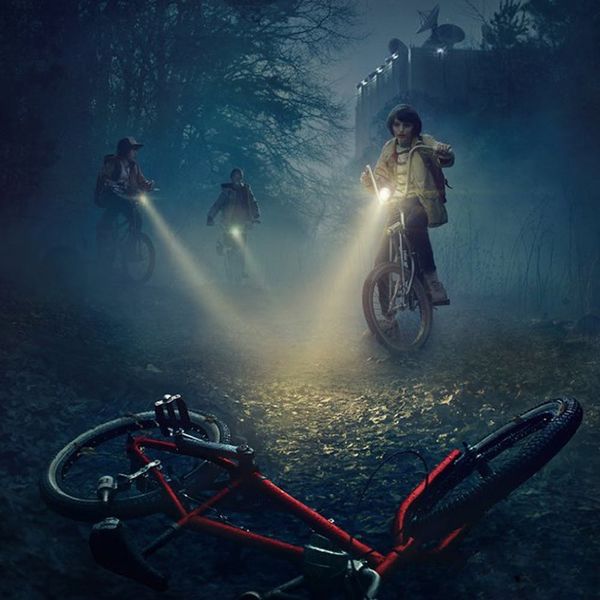 Y’all, very important announcement: T-minus three days until Orange Is the New Black returns for a third season. While we wait for that, we’ve been binge watching Kimmy Schmidt and Bloodline (oh, just me? okay…), but it turns out there’s already another new Netflix show we’re all kinds of excited about. But can we also mention, we’re a little terrified as well? The new original series is titled Stranger Things, and to be totally honest, it looks like the kind of show you might need to watch with the lights on… with a friend… in the daytime.

The suspenseful new series stars Winona Ryder, who plays a mother in a small town in Indiana. The plot is centered around her son, who disappears under mysterious circumstances. In a press release about the upcoming series, Netflix writes, “A love letter to the ’80s classics that captivated a generation, Stranger Things is set in 1983 Indiana, where a young boy vanishes into thin air. As friends, family and local police search for answers, they are drawn into an extraordinary mystery involving top-secret government experiments, terrifying supernatural forces and one very strange little girl.”

The series offers up some serious E.T. vibes, as well as some influence from J.J. Abrams’ 2011 flick Super 8. Stranger Things is set to be released on Netflix July 15. So if you’re looking for a way to add some drama to your summer, this could definitely be it.

Cortney Clift
Cortney is the senior writer and special projects editor at Brit + Co. She typically covers topics related to women's issues, politics, and lifestyle. When she's not buried behind her computer you'll find her exploring New York City or planning her next big adventure.
Netflix
TV
Netflix