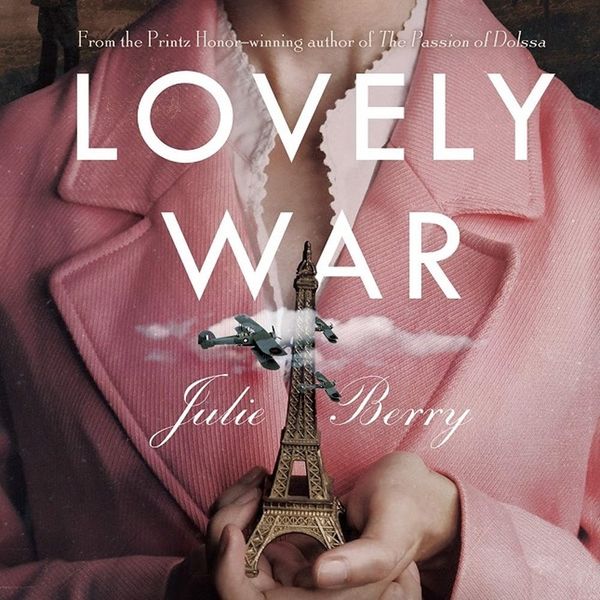 Storytellers have great power. They shape the mythos that creates societal identity, take the pulse of their moment’s cultural zeitgeist, and even, sometimes, create what we see as historical truth. The three new books in this week’s book club are all about the world-building, long-lasting power of the story — whether the story is real or fictional.

Hel and her partner Vikram live in New York City. But it’s a different New York than they grew up in — not because of gentrification, but because of a split in reality. In Hel and Vikram’s universe, a nuclear war begins, threatening to destroy the city and the world. Luckily, a new, barely-tested invention offers a way out by creating a portal between universes; drawn by lots, several thousand refugees manage to flee into the unknown before the portal slams shut, possibly forever. Cautiously accepted into the new world, they become UDPs: Universally Displaced Persons. Differences between language, social and political movements, and technologies force UDPs to live life more than slightly askew, like wearing a pair of glasses with the wrong prescription.

“We were in the labyrinth. Afterward, no one could agree on the time. Jee Moon was tucking someone’s right hand in under their blanket, having first tucked in the left. She did this tenderly but firmly, as if to suggest we could be doing it for ourselves. Next she took someone’s head and lifted it like it wasn’t part of a human body, a cabbage or a planet or the repository of all good thoughts and evil, which, when you think about it, is exactly what a human head is. Everyone could smell the gas the permafrost gave off as it melted; we could feel the labyrinth floor sinking under our mats. Lower, lower, going down, deeper down than Paradise. Department stores used to have elevators and the elevators had operators who told you what you were going to find when you stepped through the slowly opening door. There would be a white torso without a head or arms; there would be people you knew you’d never meet again.”

As World War II begins, the god Hephaestus catches his wife Aphrodite committing adultery with Ares in a Manhattan hotel room. Ensnaring the two gods, he brings them to judgment on Mount Olympus. Aphrodite has no desire to be trialed and punished, and no desire to remain faithful; she is lonelier than most, revealing that no god or mortal is capable of truly loving her. Ares is full of his recent war success within a blood-drenched century, and Hephaestus has his iron forge; both denigrate the power of love, preferring things that destroy or tangibly last. To save herself, Aphrodite offers Hephaestus the power of a love story — two, in fact, to show him the surprising power of mortal love.
Ilana Lucas
Ilana is an English professor, theatre consultant and playwright based in Toronto, Canada. When she’s not at the theatre or insisting that literary criticism can be fun, she’s singing a cappella or Mozart, occasionally harmonizing with the symphony, or playing “Under Pressure” with her rock handbell group, Pavlov’s Dogs.
Book Club
Creativity
Book Club Books Goods
More From Creativity