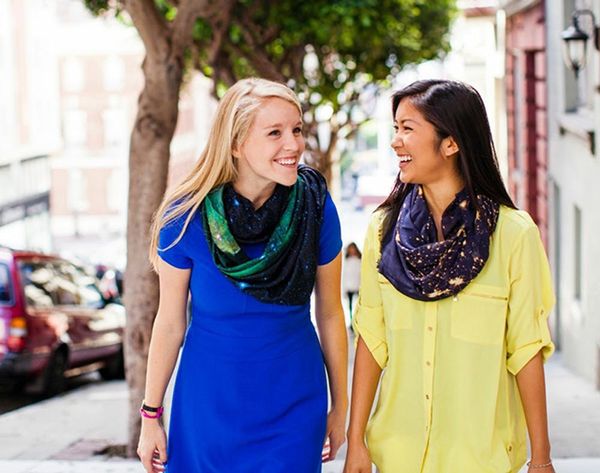 Calling all coeds saving your beer money for that post-college move to the big city, your metropolitan options are expanding! According to a recently released report by City Observatory, a think tank devoted to city data, cities like SF and NYC are being edged out by up and comers we totally saw coming.

The data from the report, highlighting where recent college grads are moving, provides a map showing which cities have a chance of becoming economic (and population) powerhouses in the near future. Are the Big Apple and the City by the Bay losing their appeal, or are other cities just becoming more attractive to the millennial set? Maybe a little bit of both — check the list below…

The Next Big Things

1. Houston: This Texas town is a huge hub for those in manufacturing, aeronautics and energy, so it only makes sense recent grads would choose the honky-tonk state to make their first big career moves in.

2. Nashville: The home of country music (and lots of great bars and concert halls) is a natural for anyone looking to make it in the music industry, but there’s also a budding tech scene happening there.

3. Denver: We have a feeling this city surged because of it’s recent green allowance. But it’s also a great city for those that love a relaxed, outdoor life — and lots of great coffee ;)

4. Austin: Like a hotter, maybe even weirder (#keepAustinweird!) Silicon Valley, this tech-heavy metro area is totally giving San Francisco a run for its money (and talent) in the startup department.

5. Portland: Apparently the Oregon town isn’t just for hipsters anymore, as it has surged in popularity in recent years. Or maybe there are just an insane amount of hipsters these days…

6. San Diego: The SoCal city is a culinary hub (betcha didn’t know that) and is pretty much always sunny. Food and sunshine — sounds like the perfect living situation to us.

7. Salt Lake City: Having the best job market in the US naturally makes college grads interested in your city, and that’s why this one is rapidly climbing the list to become a powerhouse town.

8. Buffalo: Say what? Who would have thought this northern New York city would ever be at the top of a millennial’s “to move to” list? Thanks to lots of jobs in finance, manufacturing and hospitality, plus affordable studios for artists, it’s a rising destination for that first apartment.

9. Baltimore: Grads are heading to this Maryland metro because of the great job market and the appeal of the Northeast without the frigid temps. Plus, day trips to Washington, DC, duh.

10. St. Louis: A big port hub off the Mississippi River, this Missouri town is appealing to young adults looking for city living at a semi-slower pace.

Head to City Observatory to discover all the soon-to-be-major cities in the full report. Personally, we’re all for exploring new cities, but we will always leave our heart in San Francisco. Even if our favorite breakfast taco is in Austin.

Are you living in (or moving to) one of these up-and-coming cities? Let us know in the comments.