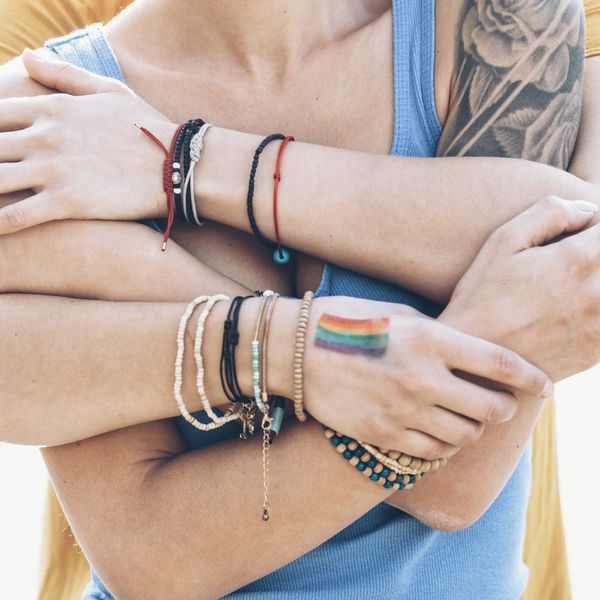 While 2016 certainly had its lows (we’re STILL reeling over the deaths of George Michael, Carrie Fisher, Debbie Reynolds and these 15 other iconic celebs), it had its bright spots too — just check out this website for proof. If you STILL don’t believe us, wait ‘til you hear the history-making moment that happened earlier this week (and no, it has nothing to do with President-elect Donald Trump).

Born with male genes, female lady parts and mixed internal organs, she was legally dubbed a male at first, then three weeks later, a female, but neither really felt right.

Following in the footsteps of Jamie Shupe, who became the first person to be recognized as non-binary by the US court system, Sarah has been granted her own unconventional birth certificate, listing her as intersex.

Alesdair Ittelson, the Deputy Legal Director at intersex advocacy group interACT, told NBC it was a historical achievement. “As far as interACT is aware, [Sara’s] is the first birth certificate with the designation of ‘intersex,’” she said. “We are aware of one other reissued birth certificate that reads ‘hermaphrodite’ and several that do not have a sex specified.”

While there’s still plenty of progress to be made (Jamie reportedly had issues receiving her passport even post-ruling), it’s a baby step in the right direction. “Not all intersex people will legally choose to identify as intersex, and not all people will choose to have their intersex child identified as intersex on birth documents. But for those who do, the option must exist,” Sara said.

And now, thanks to her, it does. She took to Facebook to share her achievement, rocking an “Intersexxxy” shirt and holding an “I Love NY” sign proudly. “I’ve never been more proud to be a native of the greatest city on Earth…THE CITY…New York City,” she wrote.

If the New York City Department of Health and Mental Hygiene, which issued the certificate, is any indicator, it’s no wonder: The organization’s assistant press secretary Julien A. Martinez told NBC that “the department will continue to work with community partners as we adopt changes to more accurately reflect a person’s sex.”

Does Sara’s accomplishment give you hope for 2017? Share with us @BritandCo.

Nicole Briese
Nicole is the weekend editor for Brit + Co who loves bringing you all the latest buzz. When she's not busy typing away into the wee hours, you can usually find her canoodling with her fur babies, rooting around in a bookstore, or rocking out at a concert of some sort (Guns N' Roses forever!). Check out all her latest musings and past work at nicolebjean.com.
Politics
Politics
Politics