5 Dreamy, Off-the-Radar Destinations That Are Worth the Trek 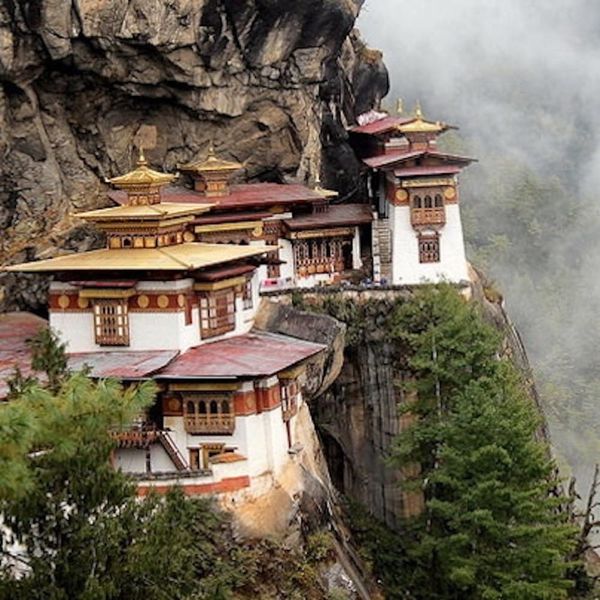 When it comes to traveling, don’t just think about it being easy. All-inclusives can be a bore after awhile, and cookie-cutter destinations are just that. More and more, we’re getting into this idea of working for your dream vacay. Not so much that it feels like actual work, but enough that you end up in a place where few have gone — a strenuous hike that leads to a hidden colony in Colombia, chasing planes, trains, and automobiles to the end of the world, or following an underwater tunnel to a hidden cove off the coast of Mexico. Sounds like a stretch? We promise these five destinations are totally real and worth the effort.

1. Playa del Amor, Islas Marietas, Mexico: Though the secret is out on this Mexican oasis that Jacque Cousteau fought to preserve, it’s still far off the beaten path. From Puerto Vallarta, drive an hour to Punta Mita and look for the panga boats that shuttle travelers through choppy, Pacific waters to the sexy Islas Marietas. To reach Lover’s Beach, you’ll swim against the current under a 40-foot tunnel (nobody said love is easy!) that opens to a glittering turquoise paradise with a white sandy shore and plenty of shade for hot days. The cove is clutch for snorkelers, given the diversity of coral and marine life that hang around the enclave. (Photo via Journey Mexico)

2. Tiger’s Nest Monastery, Paro, Bhutan: There’s a reason the last great Himalayan kingdom was able to remain isolated until the ’60s: Bhutan’s remote location is 1.5 miles above sea level and tucked into a narrow valley surrounded by 18,000-foot spiky mountains. There’s now an airport, though the landing is terrifying (think: the scene in Everest when a rescue heli-team is trying to save stranded climbers), or you can drive in from India. In Paro, you can’t skip the pilgrimage to Tiger’s Nest Monastery, where Kate Middleton and Prince William stylishly ventured last year. The views alone are worth the two-hour hike, as is being able to say you stood where it is believed a Buddhist guru meditated for three years, three months, three days, and three hours in the eighth century. (Photo via Nagarjun Kandukuru/Paro Taktsang)

3. Carcass Island, Falkland Islands: From the US, it takes about three flights and at least 20 hours to make it to the Falkland Islands, an area near Chile often referred to as “the end of the world.” The entire archipelago is special, but Carcass (named for a ship, nothing gross) has an added mystery and wildness to it that we dig. Birds and sea mammals (like cute fur seals and penguins) run the show on this tiny island where there’s only one place to stay — granted, it’s a cozy farmhouse where you’ll be fed legit farm-fresh meals. Or, you can book a bucket-list cruise with a company like Hurtigruten to camp under the clearest, starlit skies and kayak among icebergs. (Photo via Lane Nieset)

4. Ciudad Perdida, Sierra Nevada de Santa Marta, Colombia: Over Macchu Picchu? Head to Colombia’s “Lost City.” Built in 800 AD (ahem, 600 years before the Incas built MP), the ruins were hidden in the tropical rainforest until grave robbers rediscovered it 40 years ago. Though there are well-kept trails, hammocks, and swimming holes along the way, this three-to-five day trek is no walk in the park. There are bugs, intense heat, 5am wake-up calls, muddy trails, and river crossings, but if you can brave it, you’ll be rewarded handsomely. The indigenous guides know the lands inside-out and share historical and spiritual wisdom that make every challenge feel like a step toward enlightenment. Or maybe that’s the effect of being tech-free for a few days. We’ll take it, either way. (Photo via La Ciudad Perdida)

5. Conundrum Hot Springs, Aspen, Colorado: One of the highest natural hot springs in the country is located just outside of Aspen. But its convenient general location doesn’t mean getting there is easy. From the trailhead, you have to trek 8.5 miles through rambling hills and wildflower meadows before reaching the mountaintop scenery. Once there, you can soak your weary bones in the 98-degree infinity pools while looking down over all the hard work you put in. Up until now, this gem has been a free-for-all, but plans are underway to enforce permits (you can blame the partiers and litterbugs for that). Do your part and keep things clean — whatever you bring in, you take out. (Photo via Celin Serbo/Colorado Tourism Office)

What remote corner of the world are you dying to visit? Tweet us @BritandCo!