Here Are the 8 Office Habits Managers Hated Most in 2017 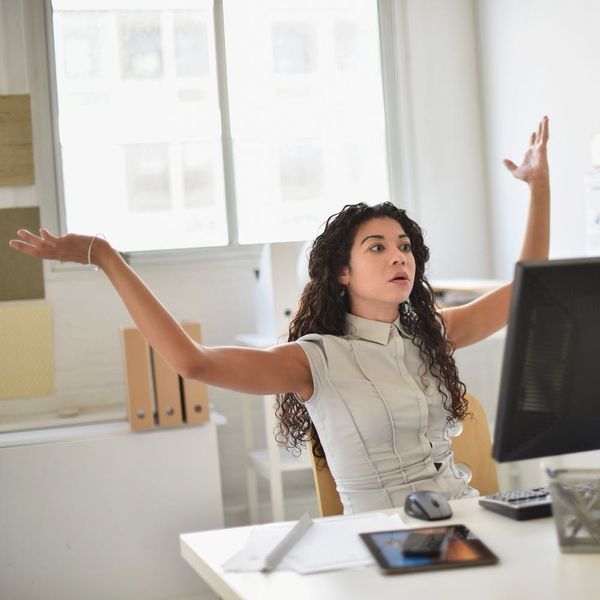 Do you have a coworker who’s constantly gabbing on the phone with her significant other in your shared cubicle? How about one who can’t seem to stop making your clearly labeled food their midday snack? Even if you work in the friendliest office in the world, you probably still encounter colleagues with annoying quirks that get on your nerves. Everyone has individual office “crimes” that irk them more than others, and Brother USA recently surveyed 500 business owners and decision makers to rank, among other things, which offenses they found most obnoxious in 2017. Here are the top eight office crimes that small-business owners hated the most this year… take note, folks!

1. Arriving Late or Leaving Early: In a work environment where punch cards are giving way to flexible hours, we would have thought our bosses would be less stressed about whether their employees stroll into the office 15 minutes late. As it turns out, arriving late to work is still an office faux pas — 69 percent of business owners and decision-makers were irked at their coworkers arriving late to work or taking off early for the day.

2. Talking Loudly on Your Phone: “Can you hear me now? Good!” Fifty-seven percent of business owners and decision-makers thought that talking loudly on the phone was one of the worst office crimes of 2017.

3. Not Refilling the Printer When It’s Out of Paper: Okay, we all know that restocking the printer paper is a bit of a chore, but we were surprised to learn that 57 percent of those surveyed found not refilling the paper cartridge to be inexcusable. Yikes.

4. Leaving Dishes in the Office Sink: While leaving a few dishes in your own sink is totally understandable, abandoning your lunch plate in the communal office sink is definitely a no-no. In fact, 38 percent of the folks surveyed thought that leaving dishes in the sink was one of the worst office crimes in 2017.

5. Eating Smelly Food: While “smelly” is pretty subjective (are we talking microwaved cod or stinky tofu?), 31 percent of the 500 small business owners and decision makers surveyed thought that eating smelly food was a punishable offence in their office.

6. Burning Popcorn in the Microwave: This one’s for all you snackers out there! According to the Brother survey, 19 percent of bosses said that burning popcorn in the office microwave was an inexcusable office crime in 2017.

8. Taking the Last Bagel: Similar to taking the last cup o’ joe, 10 percent of respondents thought that taking the last bagel from the office kitchen was the most inconsiderate office crime of 2017.

Ashley Macey
Ashley Macey is a lifestyle freelance writer who loves all things fitness, wellness, and creativity. When she's not exploring her home in the Pacific Northwest with her dog Max, you'll probably find her curled up with a good book and some hot tea. Follow her daily jaunts on Twitter.
Adulting
Work
Adulting Career Office
More From Work