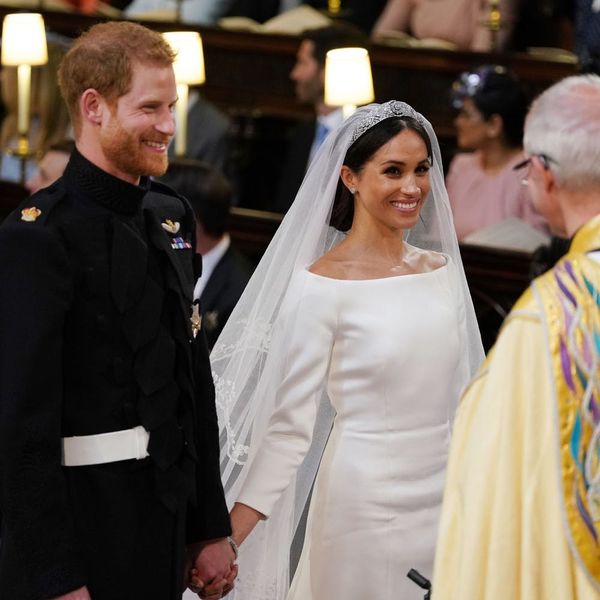 Prince Harry and Meghan Markle’s wedding was an event to remember. But if you missed it or want to relive the romance, you can now listen to the royal wedding album on streaming services.

The Royal Wedding: The Official Album features the music, prayers, and even vows from the newlywed couple’s May 19 ceremony. It includes Bishop Michael Curry’s sermon, Karen Gibson and The Kingdom Choir’s performance of “Stand by Me,” and 19-year-old cellist Sheku Kanneh-Mason’s rendition of “Ave Maria.”

Released on Apple Music, Spotify, and Amazon Music just nine hours after the wedding, the album will also be released as a CD on June 1, as well as on vinyl at a later date.

Anna Barry, the producer responsible for the project, spoke with Rolling Stone about the process of recording the audio, which took months of planning. “To start with, the people who were putting together the ceremony and the music — the couple themselves — picked everything,” she said. “I didn’t talk to them directly, but we were informed what it would be and that was a massive secret. We were all sitting on that information for a considerable while.”

She also revealed the “artistic thinking” behind “putting a combination of pieces of music together that will create an event that, as a whole, will have a big impact.” She explained, “We realized there was a really lovely balance between some fantastic new traditional things, but not the very obvious things people would pick. [Their choices] were all within traditional British weddings with these amazing additional elements like Sheku playing during the signing of the register and then… of course, the gospel choir. They nailed it, didn’t they?”

When the ceremony was over, Barry, who also produced Prince William and Duchess Kate’s 2011 wedding album, transferred the digital files from St George’s Chapel and mastered the record in a Kensington studio in order to achieve the highest quality of audio. “They wanted to have a polished version of the music, the speeches, the address, and everything,” she explained.

What part of the royal wedding would you like to relive? Let us know @BritandCo!

Desiree O
Desirée O is a ‘Professional Bohemian’ who loves anything and everything related to the arts, entertainment, and pop culture. She ADORES being a ‘Newsy’ for Brit + Co, covering all of the latest tidbits of awesomeness that you want to read about. When she’s not writing, she’s either making messy art, going on long adventurous walks with her camera, or poking around over at bohemianizm (http://www.bohemianizm.com/). You can find out about Desirée O and her work at http://DesireeO.com/ or follow her on Twitter @DesireeO.
Royal Family
Music
Royal Family Royal Wedding