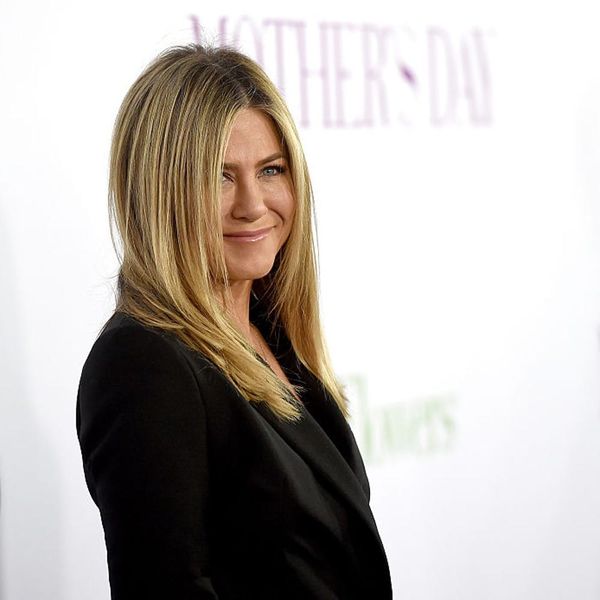 When Mary-Kate and Ashley Olsen took over Sephora’s Instagram account this week to promote their brand Elizabeth and James’ new fragrance collection, they did something unprecedented (for them): they posted a selfie. Or, you know, whatever a double-selfie is called. The wildly successful 29-year-olds have remained megastars essentially since birth, even though they’ve spent at least the last 10 years as far from the spotlight as possible. They’ve moved into fashion, which offers a little more obscurity than acting, and have become widely respected in that world. Both Olsens seem to be relishing their behind-the-scenes roles, and are more than happy to stay away from any and all social networks.

Another household name who hasn’t gotten in on the social media game is Jennifer Aniston, who was quoted in People last year discussing her brief experience taking over the Instagram feed for Living Proof, her beauty company.

“I was so stressed out, sweating bullets,” she said. “It was too much pressure.”

If it seems odd that ultra-famous people like Jen, Mary-Kate and Ashley (to name a few) would avoid platforms for sharing their experiences and thoughts, it shouldn’t be. Jennifer Aniston not only grew up without social media, she and the twins became famous before it was a thing. Jen’s fame isn’t dependent on giving us access to her private moments, and she probably sees no need to do so. Plus, while she’s been a constant presence in celebrity gossip mags for years, those appearances have dropped off a bit recently. She, too, seems to have embraced a quieter existence.

Another reason these three ladies might not want to be on Insta is that they don’t “need” it for any of the reasons we regular folk often use it. Think about why you use Instagram. To post a photo of that really great smoothie bowl you made this morning? Or to show off your post-workout bod (with super-cute sports bra and leggings, of course)? Maybe you just moved and you want to #inspire your followers with your new decor?

It all sort of boils down to a curated, usually very rosy picture of our lives, which is great! It’s nice to look at a friend’s feed or even back on your own and see the best possible version of your life. And you get that jolt of positive reinforcement when a pic gets tons of likes or comments.

But now think of what life is like for someone famous, especially for someone famous who maybe doesn’t want to deal with the… fame aspect of being a celeb. They get photographed constantly, whether they’re in their workout gear or dolled up for a film premiere. Magazines are clamoring to do photo shoots, talk about what they eat and marvel at their clothing choices all the time. And as for that positive reinforcement? That’s pretty much their whole life, 24/7/365.

So really, if you were Mary-Kate, or Ashley, or Jennifer, why would you want to be on Instagram? Well, one reason would be to make the fans happy. We’d love to see more pics of all of fave celebs, of course! But another reason, and maybe one that’s behind many of the stars who are on social media, is something Jennifer mentioned to People last year: “For these Kardashians, it’s a career!”

Which celebrities could you not live without on Instagram? Let us know @BritandCo!

Tannara Yelland
Tannara is a freelance writer and editor, an occupation perfectly suited for her affection for drinking too much coffee and keeping odd hours. She usually writes about politics, economics, and pop culture. Some day she will put to use the hundreds of hours she's spent watching Say Yes to the Dress and write THE definitive analysis of the show.
social media
Pop Culture
social media
More From Pop Culture