The Smartest Sports Bra Ever Might Make You Enjoy Running 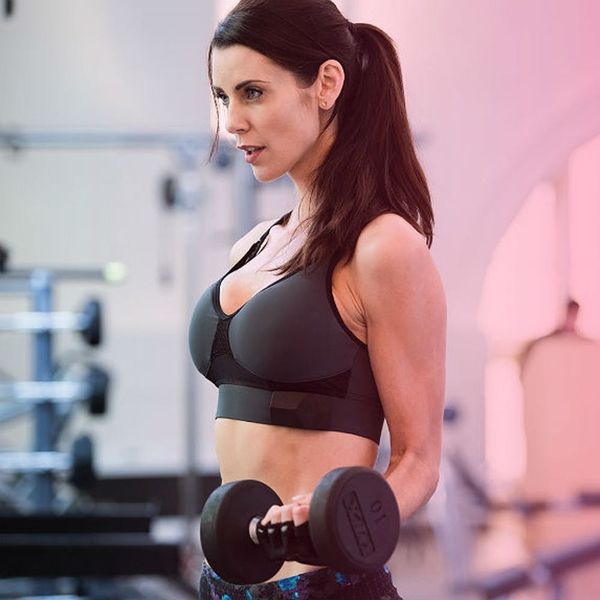 As much as we want to make good on our New Year’s resolution to run more, there are a lot of excuses we can think up to avoid hitting the trail, whether it’s a lack of time, bad weather or a female runner’s worst nemesis: an awkwardly fitting sports bra. Montreal-based wearable tech company OMsignal (which launched with this wearable workout shirt for men) is about to quash the latter excuse with their OMbra. Their smart bra is not only ultra-comfortable, but when paired with a companion running platform, it can actually track your biometrics as you run!

Dubbed “the smartest sports bra ever” by its maker, the OMbra was conceived after OMsignal’s own research revealed that over 70 percent of women wear the wrong size bra. For sports bras in particular, uncomfortable straps were found to be the most common bra problem. If you’ve been sporting an uncomfortable sports bra for years, you might think, what’s the worst that an ill-fitting bra could do? However, OMsignal’s research found that the way women run can actually change based on how much support their bras offer! Determined to design a bra with women in mind, OMsignal got to work on the OMbra to support runners and manage their running performance at the same time.

Unlike many bras that line the shelves of sporting goods stores today, the OMbra offers stretchable fabric, mesh, cups and adjustable straps and closure. All of these features, the company claims, can “assist women in terms of breathability, movement and comfort.” But the OMbra is much more than just a comfortable bra. The “smart” component of this smart bra kicks in when it’s used with the corresponding app-based running platform, OMrun.

Together, OMbra and OMrun offer impressive biometrics, measuring distance, cadence, pace, heart rate and calories, while offering nifty data on running economy and breathing rhythm. Based on your last 14 days of training, the dynamic duo of products can even give you insight into the state of fatigue your body is in! If you’re not up to pace, the built-in biometric coach can help you meet targets that can be set before a run.

Both the OMbra and OMrun are planned for availability in spring of 2016. Pricing on this smart wearable is expected to be around $150, according to Digital Trends. Sign-up here for early access!

What’s your biggest excuse not to exercise? Would a smart wearable encourage you to start running this year? Tweet us @BritandCo!

Manasa Reddigari
Manasa is a freelance writer with a passion for the weird and wonderful technologies that are transforming life as we know it today.
running
Entertainment
running Tech News Wearable Tech
More From Entertainment