These Are the Roles That Earn Women the Most Oscar Wins 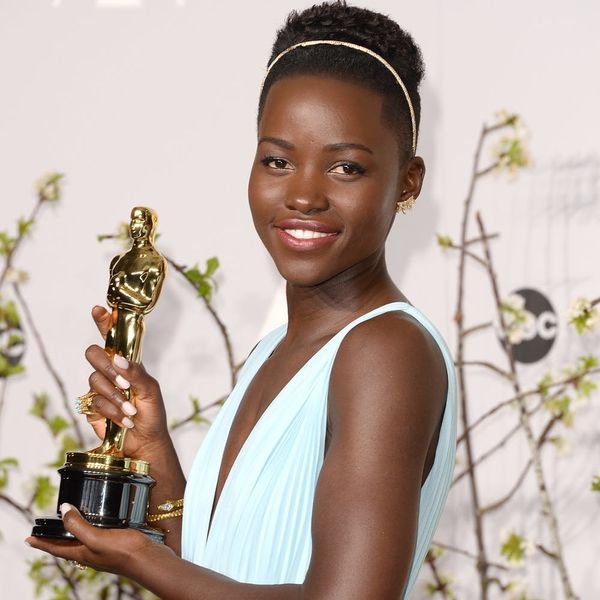 The Oscars are only a few days away, which means many of you are probably already placing your Oscars bets. Though Leonardo DiCaprio seems like a shoo-in for The Revenant (if the Academy can finally get over his teen heartthrob past), the women winners are pretty much up in the air. However, a new study by Fusion may help you pick the winning horse. The site looked at the professions of all characters played by Oscar-winning actors and found that for women, the number one Oscar-women profession was the role of “wife” at 16 percent. This was followed by “entertainers” (14 percent) “widows” and “blue collar/service jobs” (tied at 11 percent, respectively), “socialites or heiresses” (eight percent) and finally “prostitutes” (seven percent). Not exactly the best news ever.

To compare to the men’s results, the top professions for men were “criminals” (13 percent), “military” (11 percent), “entertainers” (10 percent), “arts and literature” (8 percent) and lastly, “royalty or nobility” (8 percent). Not surprisingly, no male actors had ever won Oscars for playing boyfriends or hustlers (Deuce Bigalow: Male Gigolo was robbed!) and no women had won the award for playing characters in the armed forces.

Hey, we all loved watching Anne Hathaway sing about how depressing her life was in Les Miserables, but this data is a bit of a bummer. The website wrote: “At the Oscars, women have been consistently rewarded for portraying characters who conform to traditional gender roles. And when they do work outside the home, they’re often limited to blue collar jobs like waitress and housekeeper.” And it does seem that for every Meryl Streep win for a role like The Iron Lady, there are five prostitutes or serial killers (Charlize Theron in Monster.) But — this isn’t to say that some of the wifely roles haven’t been especially profound or powerful. Sandra Bullock’s performance in The Blind Side and Patricia Arquette’s in Boyhood
are two standout examples of great acting, despite the lack of professional diversity.

However, this year’s group of nominees throws a bit of a curveball as only Cate Blanchett in Carol, Alicia Vikander in The Danish Girl (though she is also an artist) and Charlotte Rampling in 45 Years qualify for the wife category. This year we have women in tech (Kate Winslet in Steve Jobs), investigative journalists (Rachel McAdams in Spotlight), shopgirls that are aspiring accountants (Saoirse Ronan in Brooklyn), survivors of abduction (Brie Larson in Room) and even an entrepreneur (Jennifer Lawrence in Joy.) Fusion claims that if Lawrence wins, “she’d be the first Best Actress to have played an entrepreneur or business owner since the 1940s — a profession that five Best Actors have portrayed since 1994.” Her win may be worth losing an Oscar pool.

Meredith Lepore
Meredith is a freelance writer/editor who writes for Levo League, Bustle, Refinery 29, Instyle.com as well as magazines including Marie Claire, SELF, Women's Health and Cosmopolitan. Before going freelance she was Editor in Chief of the women's career site The Grindstone. She earned her Masters in Magazine, Newspaper and Online Journalism from the Newhouse School at Syracuse University. Meredith resides in New York full time and enjoys SoulCycle, jogging and playing with her Yorkshire Terrier Otis, who also loves SoulCycle.
Oscars
Pop Culture
Oscars
More From Pop Culture