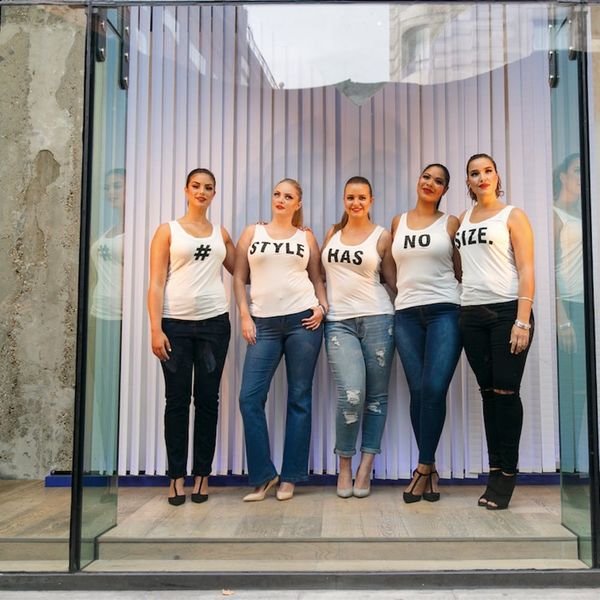 The term “Paris thin” comes from the French fashion industry‘s notoriety for featuring severely thin models, but the problem really is worldwide. That’s why public health experts at Harvard are calling for the US government to follow in France’s footsteps by passing a law — like France did last year — that requires all models walking in fashion shows to boast healthy BMIs.

Researchers S. Bryn Austin and Kathryn Record from Harvard’s Strategic Training Initiative for the Prevention of Eating Disorders wrote that “models have died of starvation-related complications, sometimes just after stepping off the runway.” The average BMI for models is less than 16, which is well below the World Health Organization’s minimum for what’s considered healthy.

Some are saying the fashion industry will never go for it, considering how much it’s relied on super-thin women for every fashion show, magazine spread and ad campaign, but Austin and Record say if the U.S. steps up to the plate, the industry will have no choice but to follow suit. An American ban similar to France’s “would shake the fashion industry, even if enforcement dollars were few and far between. Designers would be hard pressed to maintain a presence in the fashion industry without participating in the New York City and Paris Fashion Weeks.”

Not to mention that consumers want to see healthier models. A study back in May found that people prefer images with models who are closer in body type to themselves. And since the average American woman is a size 14, most of us aren’t liking what we’re seeing in fashion.

You might be thinking, but wait, isn’t BMI kind of irrelevant? And yes, studies have shown that it’s not the most accurate way to determine whether or not someone is a healthy weight. But the researchers say when it comes to extremely underweight people, it actually is the most effective way. “Given the prevalence of starvation in the modeling industry…and the health harms that models suffer as a consequence, BMI is a necessary indicator of being dangerously underweight. Indeed, when it comes to extremes, the deficiencies associated with BMI as a metric dwindle,” they write.

Not only would this ban help prevent models from developing eating disorders, but a law like this would also go a long way toward making sure we all have healthier ideas about our bodies.

Next up: let’s figure out how to improve diversity in the fashion industry.

Would you support a law banning “Paris thin” models in the U.S.? Tweet us your thoughts at @BritandCo!

Kylie Kendall
Kylie is a freelance writer living in Ottawa, Canada. When she's not writing, you might find her scoping out all-day breakfast spots in her city or taste-testing every bottle of red wine under $10.
Healthy Living
Health
Healthy Living Womens Health