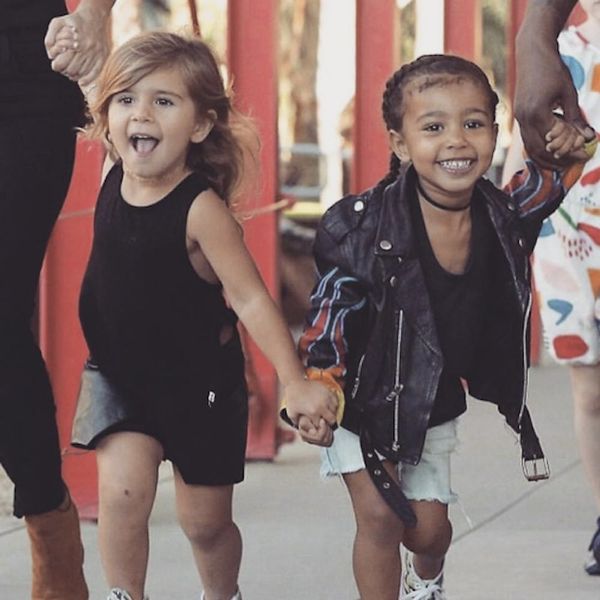 From Penelope Disick showing off her adorable toddler pop-star chops to an interesting move from some of Hollywood’s strangest kids, here are six of today’s top news items to get your day Buzzing!

1. Dying. From. Cuteness. North West’s BFF and cousin Penelope Disick appeared in her aunt Khloe’s Snapchats trying to mouth along the words to Rihanna’s “Work” and “Run This Town,” which features Jay Z and her very own uncle Kanye. The few seconds of her trying to get her head around the “Work” chorus is entirely too relatable. Moments later, Kourtney, who was driving, gets pulled over for some reason. But all we’re concerned about here is this next generation of the Kardashian/Jenner clan!

2. Milo Ventimiglia has his own new show coming out this fall, and it’s already SUPER popular. That’s right, you won’t just see Jess in Gilmore Girls this year. You’ll also see him — ahem, a lot of him — in the new show This Is Us, an ensemble drama featuring people whose lives intertwine in unexpected ways. Let’s get to the main news here — the trailer opens with a shot of Milo’s butt, then he sits shirtless for a while. This is literally the most popular trailer during fall preview upfronts ever. It has, at this time, over FOUR MILLION VIEWS. Could he have something to do with it?? You go, Milo.

3. Willow Smith made a song with Michael Cera. Yes, that Willow Smith, the otherworldly strange and wonderful teen daughter of Will and Jada Pinkett Smith. And yes, that Michael Cera, the beloved Hollywood dork. The dreamy song is spoken word set to some light-hearted electronica, and honestly, we love that it exists so much. Let it soundtrack your Thursday.

4. We are all David Schwimmer’s daughter. In a Late Night with Seth Myers segment last night, the actor, who plays a sommelier in the upcoming AMC drama Feed the Beast, says he let his five-year-old daughter try a sip of wine at home, but luckily she didn’t like it (you’ll get there, kid). All is not lost, however. “It worked until I let her try beer and she loves it,” he said. “I’m serious! If I have a beer out, if I turn my back, she’ll be chugging it.” NOW we’re talking! A girl after our own hearts.

5. This cat can barely even be bothered to walk down the stairs so it slithers down like a snake. We get it, cat. It is Thursday, after all.

6. Quote of the day: “Crossing the line of fear is what leads to greatness.” – Zac Efron on how his sobriety changed his life.

How do you push yourself through your fears? Let us know over @BritandCo!