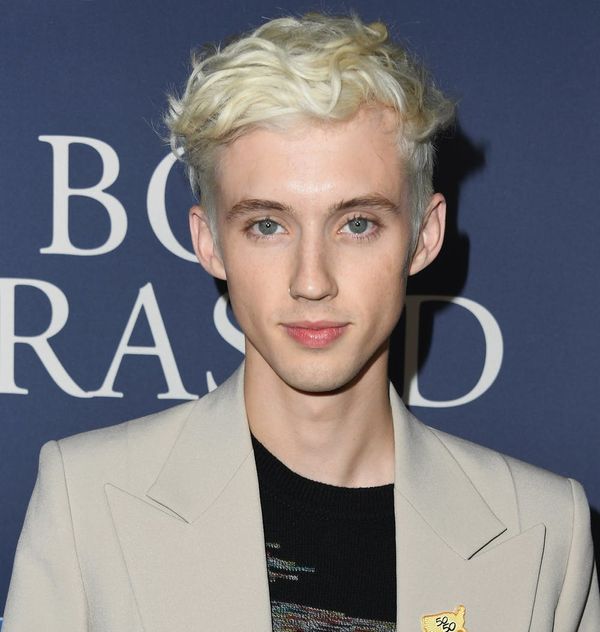 Pop star and actor Troye Sivan just dropped a new song with Charli XCX, “1999,” yet the young singer’s big message right now isn’t about the new bop, but rather helping to put an end to conversion therapy in all 50 states.

Conversion therapy is a pseudoscientific, anti-LGBTQ+ practice that has been rejected by reputable, mainstream psychologists and denounced by gay and trans rights activists. The therapy claims to “convert” queer people into straight people, or trans people into cis people. This type of therapy does not work the way it claims to, and can contribute to long-term mental health problems including suicidality and substance abuse.

Sivan, who is 23, is now working with the LGBTQ+ rights group the Trevor Project to push legislation that would ban this debunked and abusive practice.

Sivan is also co-starring in the new film Boy Erased, based on the memoir of author Garrard Conley (played by Sivan in the film), whose parents forced him into conversion therapy in the early 2000s. Conley told PBS News Hour that he “wanted to show how this was a cultural moment that was part of a larger, you know, kind of bigotry that’s in the country.” Sivan, who is openly gay, has used his role in the film as a springboard for activism against conversion therapy.

Sivan talked to Jimmy Fallon about his new activist endeavor on The Tonight Show on Tuesday. “[In] 36 states across the US it’s still completely legal to send your kid off to conversion therapy,” Sivan told Fallon. “It’s been proven to be so dangerous and hurtful and obviously ineffective. So we’re trying to get 50 bills in 50 states to prevent youth from going through conversion therapy.”

Sam Brinton, head of Advocacy and Government Affairs for the Trevor Project — the organization behind 50 Bills in 50 States — tells us that “while parents may be placing their children in these programs with promises of help, the reality is that conversion therapy causes significant harm.” Brinton further explains that such harmful effects are the reason why 14 states and DC have protected LGBTQ+ youth from conversion therapy with legislation.

Despite the dangers of conversion therapy and the fact that practically every major psychological and psychiatric association has denounced this practice, licensed mental health care professionals still administer it. According to a January 2018 report from the Williams Institute at the University of Los Angeles Law School, more than 20,000 LBGTQ+ youth will receive conversion therapy from a licensed professional by the time they turn 18. Some right-wing Christian churches and religious leaders also carry out this harmful, faux therapy.

In an op-ed they wrote for the New York Times earlier this year, Brinton explained that conversion therapy was “torture.” After their parents forced Brinton to undergo conversion therapy, the therapist “ordered me bound to a table to have ice, heat, and electricity applied to my body. I was forced to watch clips on a television of gay men holding hands, hugging and having sex. I was supposed to associate those images with the pain I was feeling to once and for all turn into a straight boy. In the end, it didn’t work. I would say that it did, just to make the pain go away.”

The 50 Bills in 50 States campaign also includes education for the general public, as well as lawmakers, about the dangers of conversion therapy, including testimony from LGBTQ+ kids who have suffered because they’ve been forced through conversion therapy. “Everyone should know that you can’t change what you never chose,” reads the campaign website.

As the Trump administration escalates attacks on gay and trans communities, it’s imperative to protect vulnerable young people from abuses such as conversion therapy. Vice President Mike Pence has also drawn criticism over the years for having endorsed the allocation of “resources” toward “those institutions which provide assistance to those seeking to change their sexual behavior” in 2000 while he was running for a seat in the House of Representatives.

“With 700,000 LGBTQ people having experienced the horrors of conversion therapy and 20,000 LGBTQ youth still at risk in the coming years, the time is now to stop the dangerous and discredited practice,” Brinton says.

Anyone interested in joining up with Sivan and others on the campaign is encouraged to do so, Brinton tells us. The Trevor Project recommends that people who aren’t familiar with conversion therapy and its harms educate themselves, even by checking out Sivan’s new movie. To get involved with the campaign directly, Brinton says everyone is welcome to text “TREVOR” to 40649 for more information.

Elizabeth King
Elizabeth King is a politics, history, and culture writer based in the Twin Cities. She is generally pretty cranky but still enjoys traveling, music from the early 2000's, and plotting the resistance. Feel free to say hi on Twitter at @ekingc or check out some of her work at www.elizabethcking.com.
Activism
Gender Issues
Activism Celebrity LGBTQ Movies Politics
More From Gender Issues