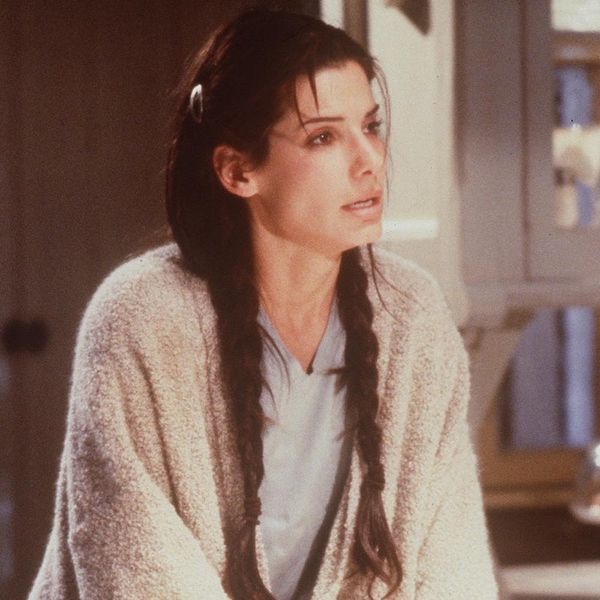 When it comes to films revolving around the occult, Practical Magic is right up there with The Craft and Hocus Pocus. As it turns out, however, the former had an *extra* element of magic we never knew about: A RL witch cursed the movie! Say wut!?!

As the film’s director, Griffin Dunne, recently revealed to Vulture, he had a little extra help on the film from an unexpected source. “There’s something that I’ve never told anyone about before; it’s an interesting story and kind of scary too,” he confessed. Going on to explain that he was “never quite sure [he] had a real handle on the movie,” he called in the big guns. “I had a witch consultant on the movie.”

Things initially went well, but things took a turn when the director invited his new staff member out to LA to observe a rehearsal with the project’s stars, Nicole Kidman and Sandra Bullock. The consultant was not impressed, with Dunne explaining, “I had my producer make her a reservation at a nice hotel, and call her, and the witch goes, ‘You’re not going to buy me off with a hotel room. I want a percentage of the movie. I’m going to have my own Practical Magic cookbook.’ She was paid quite well, and she says, ‘I want an additional $250,000 dollars.’ The producer told her that’s just not possible. And she goes crazy and scares the sh*t out of the producer.”

She also took it one step further, promising to wreak havoc on the project. “‘I’m going to put a curse on you. I’m putting a curse on this movie, and I’m putting a curse on Griffin,” she said. Yikes! As Dunne recalls, “the producer comes back to my rehearsal, white as a ghost, and she tells me, ‘That call did not go well. She’s really really angry.’ I had no idea quite what happened, so I get back to my office on the Warner Bros. lot and I listen to my voice-mail. [Drops voice to a growl.] ‘How dare you sic that shrew on me? You think you can buy me off; well let me tell you something? There is a land of curses!’ And then she slips into tongues. It was terrifying. I listened to as much as I could and then I hung up. Within minutes, Warner’s been served with papers. She’s suing Warner Bros.”

Passing the rather unpleasant message along to the legal department, the production company was apparently so freaked out, they decided to “pay the witch off.”

As for the War Machine actor, he took some *extra* precautions. “So, just to cover my tracks, I did have a little bit of an exorcism. I hired someone to get that person off my radar.”

At the time, he felt like it was the best option, saying, “If you’re a person with any kind of spiritual sensibility or if you believe in a kind of higher power, you’re open to beliefs in many things. But with that open-mindedness comes risk. You don’t get to pick and choose. If you open up the door to one thing, it’s hard to deny other things. So while I didn’t give it too much power, I’m open-minded enough to at least spend a hundred bucks on an exorcism.”

As for the curse, there’s been some speculation about whether or not the “curse” may have been responsible for the movie’s “weird reputation for being a failure” despite doing well at the box office and becoming a cult classic.

We may never know, but the background definitely adds an extra element of spooky, no? *Shivers*

Do you believe in curses? Let us know @BritandCo!

Desiree O
Desirée O is a ‘Professional Bohemian’ who loves anything and everything related to the arts, entertainment, and pop culture. She ADORES being a ‘Newsy’ for Brit + Co, covering all of the latest tidbits of awesomeness that you want to read about. When she’s not writing, she’s either making messy art, going on long adventurous walks with her camera, or poking around over at bohemianizm (http://www.bohemianizm.com/). You can find out about Desirée O and her work at http://DesireeO.com/ or follow her on Twitter @DesireeO.
Halloween
Movies
Halloween Movies