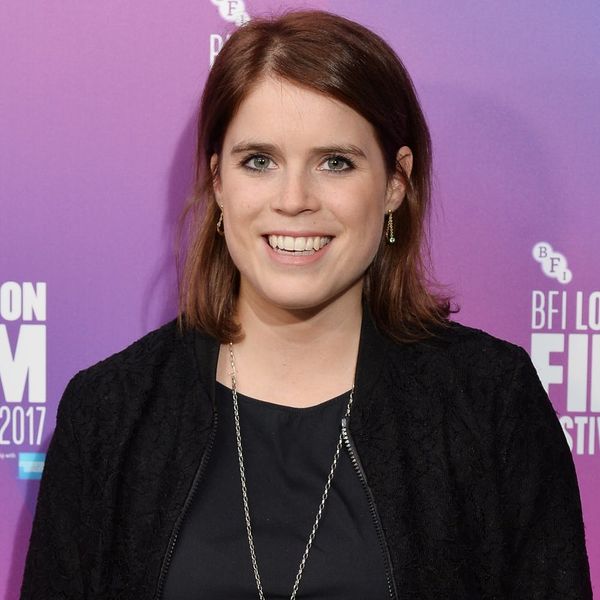 Princess Eugenie, who recently announced her engagement to Jack Brooksbank, has a new way to share happy developments and wedding plans — via her own personal Instagram. Although the royal family maintains several official accounts through the palace, Eugenie is the first of the Queen’s grandchildren to start an account under her own name.

She also included a video of herself making a speech for one of those causes, We Day. “When I was 12, I was diagnosed with and treated for scoliosis. And I have lived with two 12-inch metal rods in my back,” the princess explained in her speech. “It could have impacted my life and stopped me from doing the things I loved.”

She continued, “You encourage me not to get disheartened. Not to give up. To live fearlessly. Today I am so lucky to get to work with and support other young women who are going through the same thing. To encourage them not to let their diagnosis win. To live fearlessly, too. So, We Day, our first lesson is never give up.”

Princess Eugenie intends to use her online presence to further her charitable and advocacy work, but it looks like she’ll also give us an occasional peek at some personal pics.

The young royal not only posted her official engagement photo, but also shared a throwback shot of herself and her sister, Princess Beatrice, with their mom, Sarah Ferguson, Duchess of York.

While this makes the princess the first of the young royals to share posts on social media via a personal account, the family keeps followers up-to-date on official announcements and engagements via their @TheRoyalFamily, @KensingtonRoyal, and @ClarenceHouse Instagram accounts, as well as through @RoyalFamily, @KensingtonRoyal, and @ClarenceHouse on Twitter.

Will you be following Princess Eugenie on Instagram? Let us know @BritandCo!