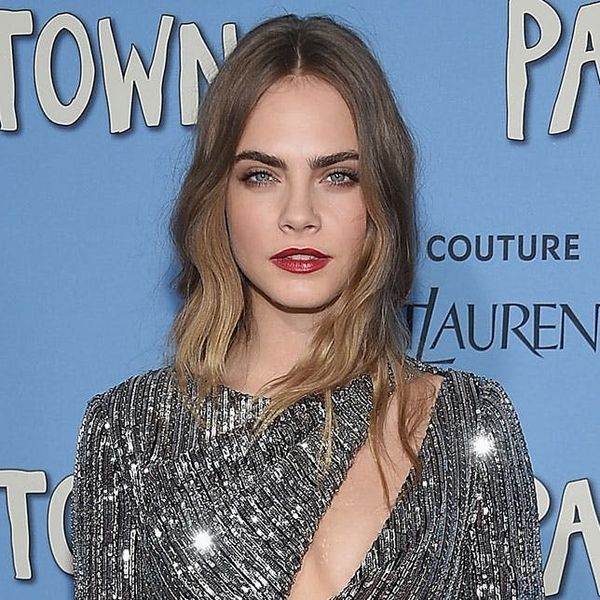 Instead of being wowed by what’s on dresses — think: luxe embellishments, bold patterns and flirty fixtures — this season, we’ve been more intrigued by what’s not there. As if it wasn’t obvious after Laverne Cox flashed some classy underboob (we swear) and Amy Schumer showed off how chic open sides can look on an LBD, it’s official once you see this next batch of red carpet looks: this is the summer of the next-level cutout.

Think about it: Now that we’re totally desensitized to seeing bellies everywhere (we even rock crop tops to the office) and have embraced totally naked shoulders from the festival grounds, cutouts just have to get more creative, like the plunging, over-the-shoulder slit on Cara Delevingne’s dress at the New York City premiere of her movie Paper Towns. The model-turned-actress (and secret beatboxer) proved that a sequinned dress could actually get more head turning — without feeling too flashy — with some subtle subtraction. In this case, the cutout works like an asymmetrical twist on a low-cut neckline, and that offbeat placement makes the reveal seem totally unexpected. That along with its loose, slashed-out vibe (plus Cara’s tousled hair and smoldering makeup), makes this hands down the most effortlessly sexy look we’ve seen all summer.

Rachel McAdams wore something much sweeter to the NYC premiere of her new flick Southpaw — a vintage-inspired black two-piece dress — but the tulip cut of her top made it much more than your average LBD. A swooping, cropped hemline, along with matching off-the-shoulder sleeves, kicked the elegance of her full midi skirt up a notch (or five), and made us think twice about flashing full-on stomach. If there’s a style lesson to be learned here, it’s that when it comes to cutouts, less can be way more.

What’s your trick to making cutouts classy? Share your style hacks with us in the comments below.