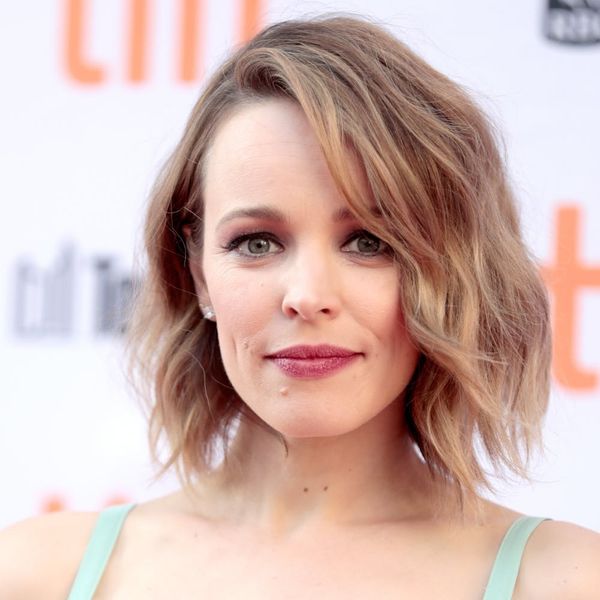 Cult classic Mean Girls may have hit theaters nearly 14 years ago (!), but it’s just every bit as relevant (or should we say, Fetch), as it ever was: Just ask Rachel McAdams!

The actress has come a long way since her stint as the meanest plastic of them all, Regina George, going on to nab a 2016 Oscar nom for her role in Spotlight, but it’s the teen hit she credits for her long-standing career. “Does Regina George haunt me every day? She does have that quality,” she joked to The New York Times.

Not that she minds! “No, I have to thank Regina George for my longevity,” she told the outlet. “I’m forever grateful to Tina Fey and [director] Mark Waters. I remember when I read it, I called my agent right away and said, ‘I will play any part in this, please, please, please.’ I was at the beginning of my career, and it was a lofty thing out there that I really, really wanted to do.”

Lucky for us and McAdams, now 39, it was the legendary role of Regina, North Shore High School’s queen bee, that she would eventually land. “I’m always looking for larger-than-life characters, which is probably why I like playing villains,” she explained. “They get away with so much.”

So you agree... you think you're really pretty? 😶 #NationalComplimentDay

The film had a lasting effect in other ways, too: In the past year alone, we’ve seen a Broadway musical and an eyeshadow palette breathe new life into the original, with its stars even calling for a sequel.

Don’t keep your fingers crossed for that part 2 showing, however: As Tina Fey joked to ET, “Their quotes are all too high right now. They’re like, Oscar nominees and stuff.”

What do you think of Rachel’s outlook? Share over @BritandCo.

Nicole Briese
Nicole is the weekend editor for Brit + Co who loves bringing you all the latest buzz. When she's not busy typing away into the wee hours, you can usually find her canoodling with her fur babies, rooting around in a bookstore, or rocking out at a concert of some sort (Guns N' Roses forever!). Check out all her latest musings and past work at nicolebjean.com.
Celebrities
Movies
Celebrities Nostalgia