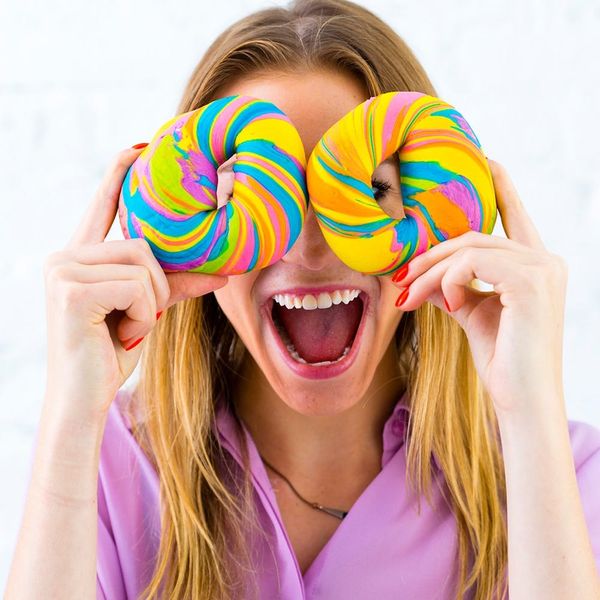 There’s a new trend taking over the food industry, and no, it has nothing to do with kale. Actually, in a way, it’s kind of the anti-kale. Taking a step away from the natural and organic foods that have been getting all the spotlight for the past few years, rainbow-colored foods have swooped to show that real, edible food can, in fact, look like a leprechaun’s dream come true.

Our first mega rainbow obsession was the bagels from The Bagel Store in Brooklyn. Then we discovered the rainbow donuts. Then the rainbow coffee. The list goes on… It definitely all looks pretty, but after we’ve literally tasted the rainbow, we’re often left wondering WHY we’re so obsessed with these crazy-colored foods. Well, thanks to a new video by NowThis, it looks like there may actually be a scientific reason.

This is your brain on rainbow-colored food

A study on the relationship between color and food conducted in 2015 revealed that chowing down on technicolored snacks might be tricking your brain into tasting flavors that aren’t really there. I.E., when you bite into a rainbow bagel you might *think* it’s slightly sweeter than a normal bagel just because it’s rainbow-colored.

Additionally, NowThis also references a 2014 study that claims eating colored foods keeps you from getting bored while you eat, therefore making you eat more. That’s great news if you’re adding some food coloring to your cauliflower but maybe not your cupcakes.