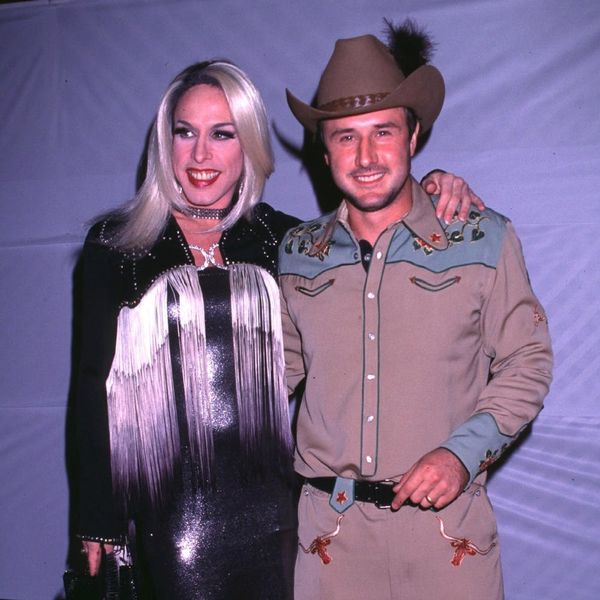 Actress Alexis Arquette passed away earlier this evening at just 47 years old (you’ll likely remember her as the Boy George character from The Wedding Singer), leaving a giant void in the powerhouse family of Arquette forever.

While other celebs were paying remembrance on the 15th anniversary of the 9/11 terrorist attacks, David Arquette was taking to Twitter for more personal reasons, remembering his big sister with the following sweet message.

Thank you all for your love and kind words about Alexis. My hero for eternity pic.twitter.com/Z18xLtYTBv

Sister Patricia, who hosted this year’s dinner for equality, shared a song for her late sibling, as well as a press release on behalf of the entire family that gave great insight into both the difficulties Alexis faced in her life as a transgender woman and the circumstances of her death.

“Her career was cut short, not by her passing, but by her decision to live her truth as a transgender women. Despite the fact that there are few parts for trans actors, she refused to play parts that were demeaning or stereotypical,” the release reads.

It goes on to explain how Alexis touched the family’s lives personally.

“Alexis was born as Robert, our brother. We loved him the moment he arrived. But he came in as more than a sibling — he came in as our great teacher. As Alexis transitioned into being a woman, she taught us tolerance and acceptance. As she moved through her process, she became our sister, teaching us what real love is. We learned what real bravery is watching her live as a trans woman. We came to discover the one truth — that love is everything.”

My heart goes out to anyone who was lucky enough to know Alexis.
We will love and miss you forever.

In lieu of flowers or gifts, the entire family is requesting that donations be made to LGBTQ communities on Alexis’s behalf.

RIP, Alexis. You will surely be missed.

What was your favorite role of Alexis’s? Share over @BritandCo.

Nicole Briese
Nicole is the weekend editor for Brit + Co who loves bringing you all the latest buzz. When she's not busy typing away into the wee hours, you can usually find her canoodling with her fur babies, rooting around in a bookstore, or rocking out at a concert of some sort (Guns N' Roses forever!). Check out all her latest musings and past work at nicolebjean.com.
Family
Celebrity News
Family LGBTQ
More From Celebrity News