Real Housewives of New York: A Theory About Tom and Luann 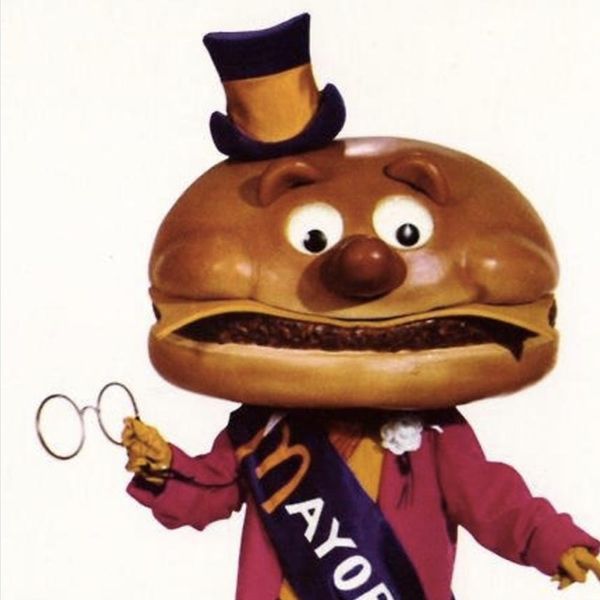 The scoliosis-addled narrative spine of this season of the Real Housewives New York is the “will they/won’t they get married” plot concerning Tom D’Agostino and Luann de Lesseps. Why did the producers choose to hinge 80 percent of these incomprehensible episodes on a foregone conclusion? But as we know, Lulu and our pal Tom wound up in wedded hashtag bliss. Look up the photos if you want — I don’t feel like it right now. What I do feel like doing is allowing you to feast upon a succulent discovery I made tonight, which is that Tom is Mayor McCheese.

And like many of North America’s politicians, Tom continues to get himself into all sorts of alleged kissing troubles with lady mouths other than Luann’s. Carole is concerned about the disloyal smooches. So is Ramona. Bethenny, who at the beginning of the episode is enraged that her real estate agent friend is 6’5″ (“NO ONE IS SIX FOOT FIVE!!!”), is also enraged that Luann is being played for a fool by this human egg of a man.

But you know who doesn’t care? You guessed it.

And you know why? Because Luann loves this stuff! Come on, everybody, get with the program! A zillion women are floating around New York City and the Berkshires, claiming that Tom is being a giant cheater, and Luann is happily going on brisk, rainy walks around the city with her hairless bae, not a care in the world. Tonight they cracked jokes about how men love to mark their territory as they watched their disgusting white dog pee all over the park. Tom told Luann he was going to get her a leash and chain her up in the kitchen and she just laughed and laughed. In her extremely-decorated parlor, Dorinda had a heart to heart with the countess about Tom’s infidelities and she looked off into the middle distance with a face that said, “Dorinda, you oaf, it’s all good.” Here is what that face looks like. It’s a complicated face. But Luann is a complicated woman!

There are other plot points in this episode: Tinsley’s mom is in town to shame her into having a baby; Bethenny gets chalk on her friend’s pants and he is worried that chalk will stain; Carole tells Adam’s mother to crawl into a tent in a store and she does it; Dorinda’s vodka of choice is the affordable Tito’s Handmade Vodka available at your local Trader Joe’s and Whole Foods 365; Sonja screams at the top of her lungs at Tinsley, “GET YOUR OWN HATS!” for a reason none of us should ever care about. Oh and Dorinda is absolutely nuts about Christmas and spends many moments considering strings of lights for the Christmas tree, and ordering some kind of Christmas cake that gets smushed, and telling the women to decorate a tub of nude shortbread cookies that are shaped like penises but are in fact candy canes, and, best of all, beholding a set of giant festive light orbs. She passionately adjusts their colors via a little remote control as they fade up to scintillating blues and lavenders and pinks. I couldn’t find a screengrab but it looked something like this.

Do you see the McCheese link? Tell us @BritandCo!