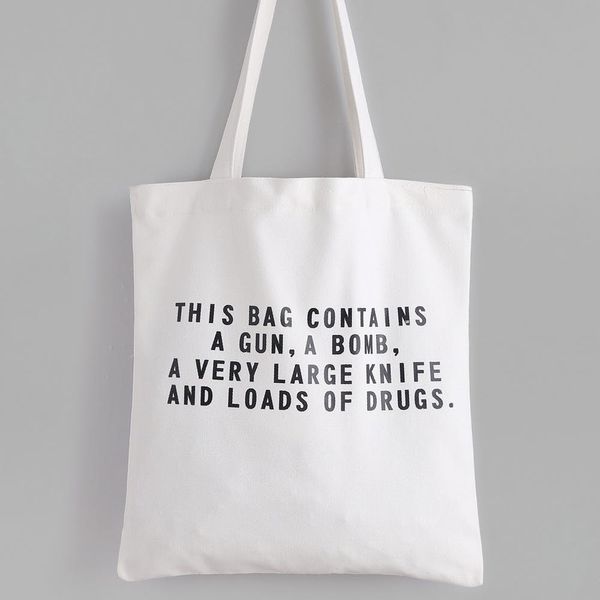 In times of crisis, we often look for inspiration and humor to help us get by — but there are instances when making light of a situation goes too far. Romwe, an international clothing retailer founded in China, has come under fire for a tote that jokes about terrorism.

The bag at the heart of the controversy is a canvas tote that reads, “This bag contains a gun, a bomb, a very large knife and loads of drugs.”

With troubling news like Syria’s chemical attack making headlines worldwide, terrorism is no joking matter. We’re not sure who thought this was a good idea, but this is an instance in which too much levity is a bad thing.

Despite much criticism, at time of publication, the bag is still for sale, though the price has been slashed from $23 to $10.

What do you think of Romwe’s gaffe? Tell us @BritandCo!

Shea Lignitz
Shea can be found in the nearest bookstore or brewery, exploring the great outdoors, or blasting Led Zeppelin. She grew up in the cold and rain of Northern California's redwoods but is currently wandering around Texas.
Controversy
Style News
Controversy Tote Bag
More From Style News