Morning Buzz: Here’s What You Need to Know About the US Attack on Syria + More 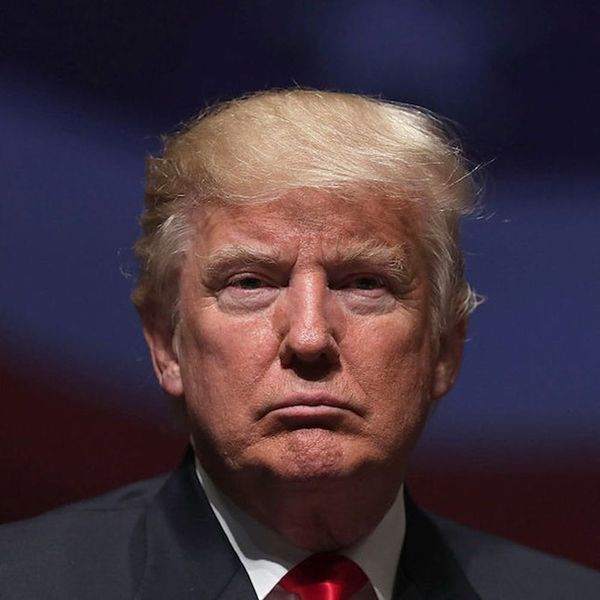 President Trump’s airstrike on Syria leads this morning’s top news you need to know. Check that and more tidbits out below.

1. The US launched 59 missiles at a Syrian airbase on Thursday night in response to Syrian president Bashar al-Assad using chemical weapons to attack civilians earlier this week. The Pentagon released video of the airstrike and a statement saying that they were targeting the aircraft used in the attack. While briefing reporters, President Trump condemned Syria’s attack on its people, noting specifically the “beautiful babies” who were killed. This is the first time the US has taken military action on Syria since the country’s civil war started six years ago, and they say the strike was intended to stop further use of chemical weapons. (Photo via Alex Wong/Getty)

2. Nikki Bella is already talking her dream wedding dress details. Just days after getting engaged to John Cena live during Wrestlemania, wrestler Nikki Bella is talking dresses. “I want something that’s tight in the waist and shows off the booty,” she told E!, also noting the most important feature the dress will need. “I definitely have to have some cleavage.” Duh! (Photo via Frazer Harrison/Getty)

3. Harry Styles just dropped his first solo single and the internet is already melting down. IT’S HERE! IT’S FINALLY HERE! Styles debuted “Sign of the Times” early Friday, and the dramatic rock ballad is definitely a change from his 1D pop days. Twitter, naturally, is freaking out, and TBH we can’t blame them — we love this.

4. Facebook Messenger just got a sorta super creepy update. FB’s virtual assistant, named “M,” is going to start popping up in your Messenger chats with suggestions for things like sending payments or calling Ubers based on what you’ve been chatting about. “M will now offer suggestions by popping into an open conversation to suggest relevant content and capabilities to enrich the way people communicate and get things done,” Facebook said in a statement. Convenient? Maybe. Creepy? Seems like it! (Image via Facebook)

5. If you’re still sad over the end of Big Little Lies, let this photo of the cast filming the final episode cheer you up. Sorta spoiler alert warning! Reese Witherspoon posted the most epic photo of the amazing BLL cast decked out in the outfits seen in the last episode. The pic is DEF more cheerful than the show, and we could stare at it forever.

6. Quote of the day: “How the world feels about me has nothing to do with me.” Anne Hathaway reminding everyone to keep your eyes on your own paper in a recent Jezebel interview. We could all use a reminder sometimes!

Do you have any big weekend plans? Let us know over @BritandCo.