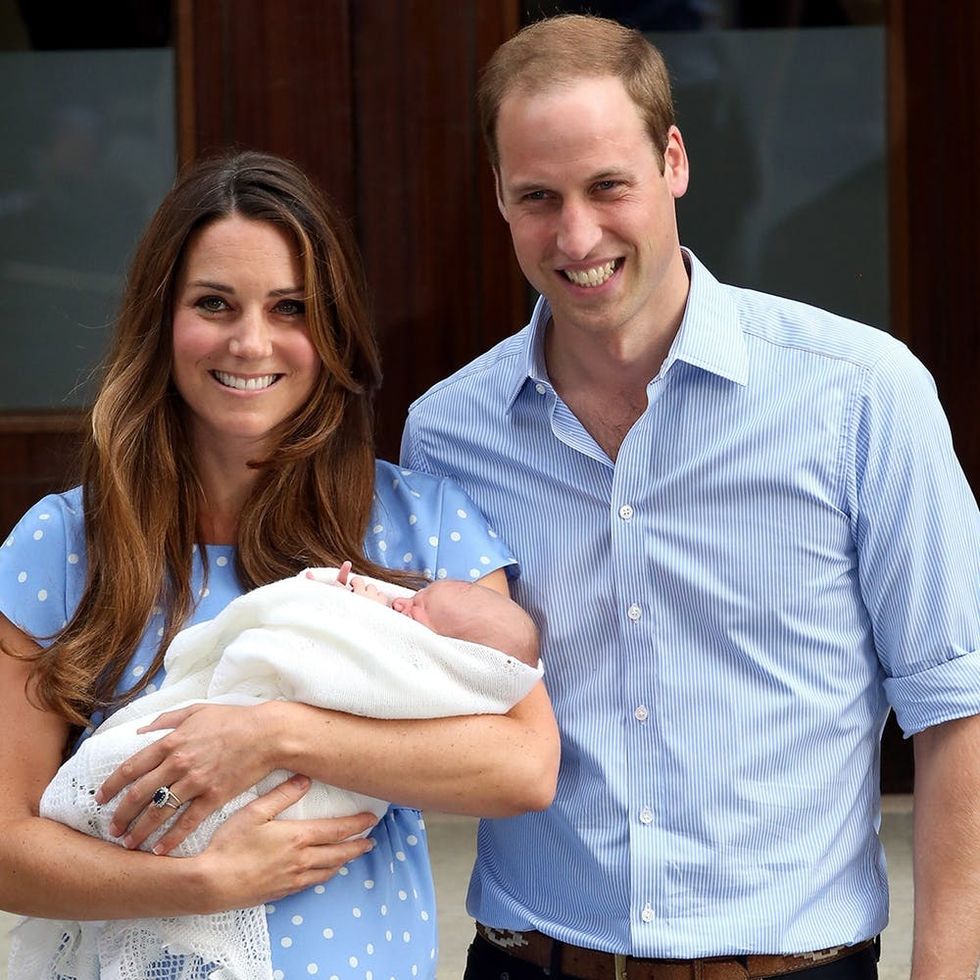 When it comes to details about Kate and William’s second baby, we know next to nothing. There ARE two things we’re sure of, though: it’s expected to arrive sometime this month and Kate has yet again been rocking the maternity style. Aside from that, we’re pretty much clueless. But where there is mystery there is usually some gambling. So it’s no surprise that folks are now placing bets on the undisclosed name of George’s younger sibling.

English betting house, Ladbrokes, has released the top ten name contenders for the newest royal baby. While we heard some rumors a while back that it might be named Diana after Prince William’s late mother, that name pick didn’t seem to make the cut. Don’t expect any Poppys or Ionis here either. The House of Windsor is probably going to keep things very classically English and family centered and these names definitely reflect that. Here are ten names in the running and a little more about what they mean.

1. Alice: Coming at number one is this charming pick. Alice would honor William’s great-grandmother, Princess Alice.

2. Elizabeth: This one is a little bit of an obvious pick. Considering Queen Elizabeth is now 88, maybe Kate and William are hoping to pay tribute to the babe’s great-grandmother and keep her legacy alive after she’s gone.

3. Charlotte: Going over to Kate’s side of the family, Charlotte is her younger sister, Pippa’s middle name. PopSugar also reports that the name Charlotte, “has a place in royal history as the name of both George III’s wife and daughter. The town of Charlotte, NC, was named after Queen Charlotte.”

4. Alexandra: Not only does this name simply sound super royal, it actually does have some connections to the British monarchy. Alexandra is Queen Elizabeth’s middle name as well as her own great-grandmother’s name.

5. Victoria: When a queen is important enough to have an entire era named after her you can bet (literally) she’s going to make this list. Victoria was Britain’s longest reigning monarch, ruling from 1837 to 1901.

James: Taking some cues from Blake Lively, Kate? James is one of the most popular boys’ names in the United Kingdom, but more importantly it’s also the name of Kate’s only brother.

Arthur: Can you be anything but royalty with a name like Arthur? Aside from just sounding like a total boss from day one, Arthur is also one of William’s middle names.

Henry: If they’re cool with their little dude being a bit of a rebel, why not name him after his Uncle Harry (Henry is Harry’s full name)? Henry has also been the name of eight kings of England, Scotland, Wales and the United Kingdom.

Charles: Aside from being the name of the baby’s grandfather, Charles also plays a role on Kate’s side. PopSugar reports, “She’s descended on her father’s side from a man named Sir Charles Lupton, who founded a legal practice that grew into what is now the world’s largest law firm, DLA Piper.”

Thomas: Coming in last, this pick is probably the least likely option, but still a contender. Not only is Thomas a popular boy’s name in the UK, the couple has a good friend with the name and Will and Kate may also be distantly related to a Sir Thomas Leighton, who reportedly ruled the English island Guernsey four centuries ago.

What baby name are you rooting for? Share your top three picks with us in the comments below.