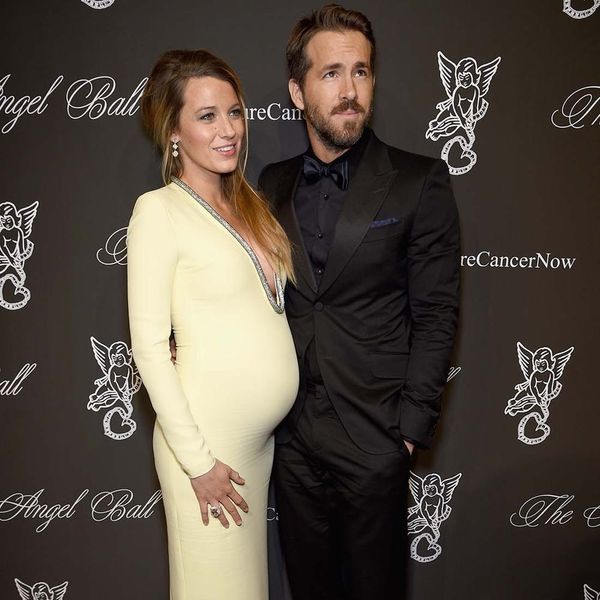 Go ahead and call us Sherlock Holmes because it looks like were right about Blake Lively’s baby name all along. Okay, maybe not all along. There was a brief moment in time when we thought the newborn baby girl may have been named Violet. But we’re putting all of that behind us because Ryan Reynolds has now officially confirmed that his daughter’s name is James.

In an interview between Ryan Reynolds and Today’s Willie Geist, the topic of his little girl’s name inevitably came up. In typical Reynold’s fashion, he first joked around that the baby’s name was “Butternut Summersquash” but then on a more serious note, he finally said, “It’s James. Everyone knows.”

We got wind of this baby name earlier last month after E! News revealed that a source exclusively told them the baby’s name was James. After we heard about this potential unisex name, we did a little more digging. In an interview Reynolds had done prior to this news on the Late Show, he confirmed that it was a biblical name, and James does have Hebrew origins. He also mentioned that it was indeed a family name, and Ryan father’s name is Jim (commonly short for James).

So why did he wait this long to confirm it? Reynolds told Today, “I didn’t want to be the first guy screaming it out to the media. Because as we know, little girls turn into teenage girls and little teenage girls sometimes scan through the archives and go, “Why did you do that?””

It looks as though the new daddy is already thinking about dealing with the repercussions of a moody teenager and you can’t blame him for that.

What’s your take on this unisex baby name? Share your thoughts with us in the comments below.