Scientists May Have Just Found Proof of an Alien Civilization (FOR REAL!) 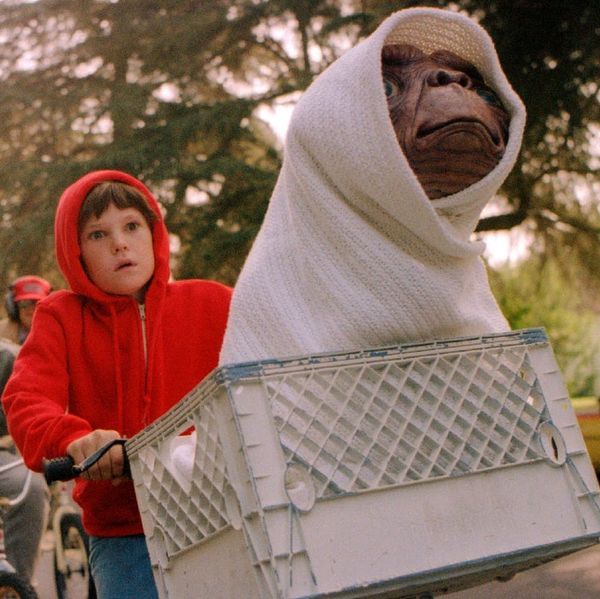 It’s a good thing we’re nowhere near April Fools’ Day, because this news could justifiably be brushed off as an out-of-this-world practical joke. But it’s nearly September, and this news is 100 percent real. Scientists have just announced that they may have detected signs of an alien civilization — as in, other life forms living on a far away planet deep in outer space. This is the stuff of movies come to life, folks!

Here are the deets: Originally discovered by a Russian telescope, scientists noticed a strong signal coming from a distant star (HD 164595, located 94 light-years away from Earth). The signal is so strong, that there’s very good reason to believe that it may be the result of a civilization.

Astronomer, President of METI International and obviously super-cool-dude, Douglas Vakoch, told CNN, “The signal from HD 164595 is intriguing, because it comes from the vicinity of a sun-like star, and if it’s artificial, its strength is great enough that it was clearly made by a civilization with capabilities beyond those of humankind.” Um, OMG! Please be super cool aliens with lots of awesome tech that will totally blow our human minds.

If this does indeed turn out to be an alien civilization, this discovery would basically be the biggest news EVER!

Do you know anyone who would be excited by this news? Tag them @BritandCo!

Desiree O
Desirée O is a ‘Professional Bohemian’ who loves anything and everything related to the arts, entertainment, and pop culture. She ADORES being a ‘Newsy’ for Brit + Co, covering all of the latest tidbits of awesomeness that you want to read about. When she’s not writing, she’s either making messy art, going on long adventurous walks with her camera, or poking around over at bohemianizm (http://www.bohemianizm.com/). You can find out about Desirée O and her work at http://DesireeO.com/ or follow her on Twitter @DesireeO.
science
Entertainment
science Tech News
More From Entertainment