‘Search Party’ Recap: Detective Joy Is Closing in on Dory 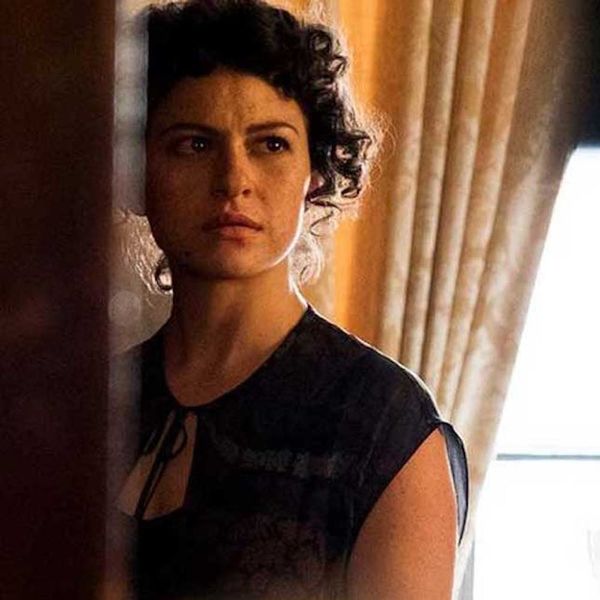 “Denial,” the first of Search Party’s two episodes on Sunday, December 10, isn’t the show’s strongest. There’s a lot of wheel-spinning with only one really solid storyline (which I’ll get to because it’s awesome). But the second ep, titled “Hysteria,” brings back Detective Joy Hartman (Tymberlee Hall), and with her comes the show’s mojo.

First, however, we have to sit through Drew (John Reynolds) telling Dory (Alia Shawkat) about the threatening flowers he received; Portia (Meredith Hagner) cutting her mom out of her life, at the advice of her director, Elijah (Jay Duplass); Dory going to a funeral for Keith (Ron Livingston) and meeting his daughter; and Julian (Brandon Micheal Hall) being branded a woman-hating abuse-denier because he accuses Chantal (Clare McNulty) of making up her story about her abusive boyfriend and the motel. Then Mary, the woman whose campaign Julian is working for, starts to sexually harass him because she knows he can’t get a job anywhere else.

None of these story lines are terribly interesting. The Julian story line would be interesting if it pertained to the overall plot more, but as it stands, it feels like a waste of time. Yes, his female colleagues yelling at him for not believing Chantal is darkly funny, and the sexual harassment is certainly an on-the-nose plot, but it just doesn’t seem to fit in with the rest of the show, so I find myself impatiently running out the clock on those scenes so we can get back to the rest of the story.

Nothing against Hall, though. He’s great — if you aren’t watching him on ABC’s The Mayor, you should be.

The first episode of the night does have one shining star: Elliott (John Early) in rehab. And predictably, it is amazing. Elliott is being held captive with a bunch of other pseudo-Elliotts, but don’t tell him that. He all but confesses to Keith’s murder to his therapist, though in his telling of it, Keith is now a seal that they had to club to death. Oh, Elliott.

But the second episode is where the show really gets going this week. In it, Joy is back, and she knows that Dory and Drew are totally full of crap regarding Keith. Dory keeps spinning her lies about “Fat Frankie,” whom Joy doesn’t think is a real person.

There is also the sticky situation of Drew and Dory finding out who is threatening Drew. It’s his crazy neighbor, April (Phoebe Tyers), who has sussed out the situation because she can hear everything when he and Dory fight in his apartment. Ruh roh. What do you think it’ll take to shut her up?

Meanwhile, Crystal (Jessica Chaffin), girlfriend to Keith’s ex-wife Deb (Judy Reyes), inadvertently saves the day when she tells Joy she thinks she knows who Fat Frankie is. His name is Frank Medici and he’s a shady mob guy who does business in Canada.

So perhaps that will put Joy off Dory’s scent, but something tells me that probably won’t happen.

Oh, and Portia’s play debuts and she’s fantastic in it, even if her murderous rage causes Dory to freak out in the theater. And Elliott has decided he just doesn’t want to work anymore. Ever. It’s so great.

John Early is so, so great as Elliott. The scene where Elliott starts crying at lunch about how scared he is and about all the terrible things he’s done and how full of crap he is? Outstanding.

Elliott: “Working feels bad and I don’t ever want to work one more day in my entire life.”

Joy: “These hipster kids did it! They are full of sh*t and they’re hiding something. There’s, like, too many coincidences. And you know what else I noticed? That both of them are scared of me and that means something!”