This Emergency Kit Is Sleek Enough to Display in Your Home 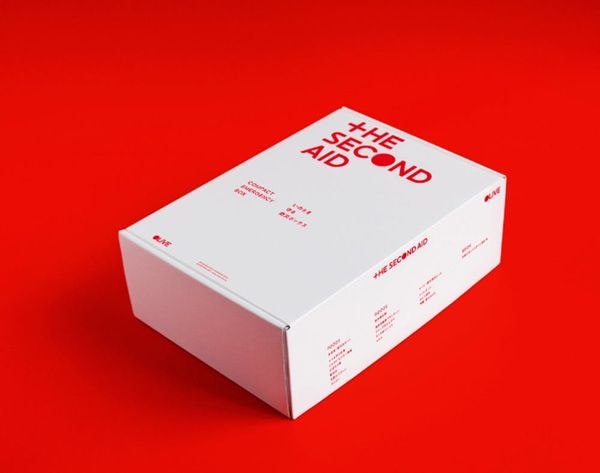 Raise your hand if you have a disaster preparedness kit. Yeah, that’s what we thought. A majority of Americans don’t, but it’s not too late. Earthquakes, hurricanes, floods — they happen, and you’ll need more than a solar-powered phone charger to notify your friends and family about your safety. In light of the natural disasters that hit Japan in 2011, Japanese design firm Nosigner developed a compact emergency preparedness kit sleek enough to display on your bookshelf.

The Second Aid Kit has the same dimensions of a Merriam-Webster, so it can stay in your living room rather than getting stuffed in a drawer or thrown in a garage. “Its compact size fits perfectly in a bookshelf,” Tachikawa says in an interview with Fast Company.

The kit contains basic necessities to survive comfortably until help arrives a few days after a natural disaster. The white boxes contain rations of water, food, first-aid supplies, towels to give yourself a makeshift shower, a “toilet kit” that makes a portable toilet and a book with detailed information on how to handle the next steps.

According to the article, OLIVE is “a crowdsourced wiki of instructions and suggestions for dealing with the disaster.” The kit contains a booklet of the best advice from this source. “We made an abridged version of OLIVE into a book, gathering the information that’s especially useful during the first stages of a disaster,” Tachikawa explains. “The content reflects the voices of the victims of the disaster.”

For the time being, The Second Aid is only available in Japan, but the design team hopes to make it available in other languages soon.

What emergency essentials would you include in a handy kit? Drop us a line!

Maureen Luyun
Maureen is a writer and brunch enthusiast laughing way too loudly in Texas. If she isn't voraciously turning the pages of the latest celebrity memoir, she's probably picking up a new skill to use for a DIY project. Shopping (online and off) is her cardio, and as an avid advocate for the handwritten note, she loves to send (and receive) snail mail. Like Kanye West once tweeted, sometimes she gets emotional over fonts.
Home News
More From Home News