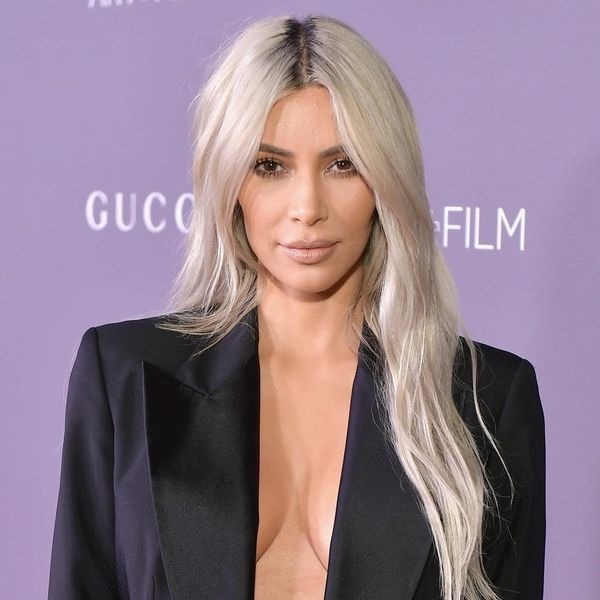 Kim Kardashian West sparked major controversy this Halloween with her homages to late singers Selena Quintanilla and Aaliyah, with fans taking issue with the fact that she was neither Latina nor black. The reality star addressed critics on her blog, saying, ““When I was creating the costume, I wasn’t dressing up as a race or culture but rather as a woman who I will always admire.” Now, Quintanilla’s own sister, Suzette, is sounding off about the costume, saying that all three women who dressed in her sibling’s likeness this year (Demi Lovato and America Fererra also went as Selena), Kardashian West included, “did a great job.”

In an interview with Power 106 Los Angeles, she gushed, “I mean, Kim looked great, I mean, Demi looked beautiful. They all have something really special.”

She also let fans in on the fact that the soon-to-be mother of three is a true fan from way back, saying, “A lot of people don’t know this, but I’m really good friends with Adrienne Bailon. And Adrienne, back in the day, she was dating Rob (As you may recall, Bailon dated the KUWTK star’s little brother, Rob Kardashian, from 2007 to 2009). “She had Rob on the phone… we were hanging out or whatever… and them [Kourtney] Kardashian and all them were in the background, they’re all singing my sister’s music. They’re big fans of our music from way back. And so to have her dress like that, it wasn’t really a surprise for me. It was definitely a great honor.”

Quintanilla also spoke to the authenticity of the look, saying, “She looked beautiful. She looked real Latina… Anybody that reps it, it’s cool. It’s just more power. More power to Selena.”

Do you think Kim’s Selena costume was out of line or totally fierce? Tells us over @BritandCo.

Nicole Briese
Nicole is the weekend editor for Brit + Co who loves bringing you all the latest buzz. When she's not busy typing away into the wee hours, you can usually find her canoodling with her fur babies, rooting around in a bookstore, or rocking out at a concert of some sort (Guns N' Roses forever!). Check out all her latest musings and past work at nicolebjean.com.
Celebrities
Celebrity News
Celebrities Halloween Halloween Costumes
More From Celebrity News