Morning Buzz! People Are Freaking Out Over This One Detail About Serena Williams’ Pregnancy + More 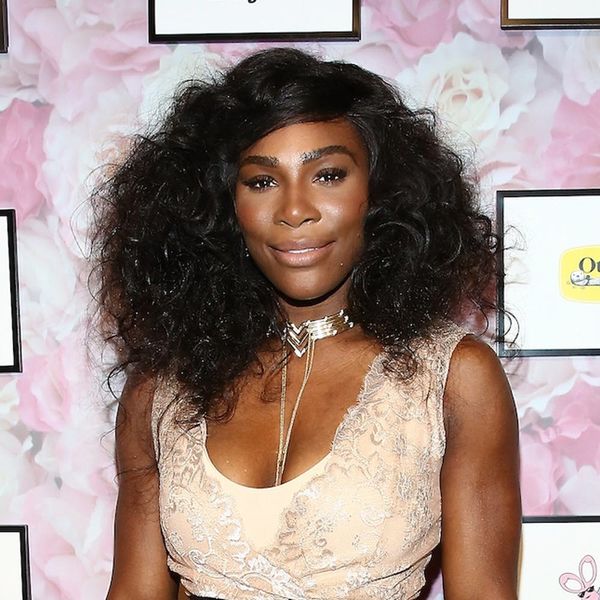 Serena Williams is cooler than ever and Steve Madden is giving you another shot at your ’90s #wardrobegoals in this mornings top news tidbits. Check those and more out below!

1. By now you’ve probably heard the good news that Serena Williams and her fiancé Alexis Ohanian are expecting their first baby. She Snapchatted a pic showing her growing baby bump with the caption “20 weeks.” And that’s why people are losing their minds — the timing means Serena was pregnant when she won the Australian Open. Twitter could hardly handle itself over the news, self-deprecatingly pointing out the everyday tasks they often struggled with while praising Williams for her feat. “Serena Williams won a Grand Slam while pregnant. I can hardly work a desk job after eating a burrito. Life comes at you fast,” sports writer Taylor Griffin said, while another Twitter user summed it up perfectly: “Idgaf who you think the greatest athlete ever is. They didn’t win a major title pregnant.” YAAAS. (Photo via Monica Schipper/Getty)

2. Kylie Jenner and Kim Kardashian’s Kylie Cosmetics collab has been revealed, and you’re gonna LOVE it for summer. It’s official: The Kim collection will feature four shades of nude Kylie Cosmetics gloss, because, as Kylie captioned a Snapchat, “Wouldn’t be a Kim collab without 4 nudes.” LOL. The shades are named Kimberly, Kim, Kiki, and Kimme, which, okay! The colors look soft and sweet and perfect for the warmer months ahead.

3. Bill O’Reilly was fired from Fox News, and Stephen Colbert brought his Colbert Report alter ego back to say goodbye. On Wednesday, Fox News finally parted ways with longtime host Bill O’Reilly over sexual harassment claims, and Stephen Colbert felt it proper to bring out “Stephen Colbert” to say goodbye. “I owe a lot to Bill O’Reilly. I spent over nine years playing a character based largely on him, and then 12 months in therapy to de-bloviate myself,” he said in reference to his previous Comedy Central show. He then introduced his conservative alter ego, who shamed America over failing his “papa bear.” Check out the clip above and revel in that character just one more time.

4. Lana Del Rey’s new song features The Weeknd and we are HERE FOR IT. If you loved Del Rey’s collaborations on the Weeknd’s last two albums, the pair’s duet on her new single “Lust for Life” should be an instant fave. Listen to the dreamy track above.

5. Steve Madden just brought back the most iconic ’90s wedge sandal just in time for summer. If you’ve never been able to score a pair of these at your favorite thrift store, fear not: Steve Madden just brought back The Slinky, only the most ubiquitous cool-girl shoe of the ’90s. Not many changes have been made — just rounder edges and a flatter heel — so this reboot feels like the real deal. You can preorder them on SteveMadden.com now so you’re ready to stomp around in ’em come summer. (h/t Bustle, image via Steve Madden)

6. Quote of the day: “We are all on our own journey and YOU are the driver. There will be bumps in the road, detours to be taken and pit stops will have to be made, but you’ve got to fill ‘er up and keep going… one day you will appreciate the upgrade of that cruise control but never take your eye off that winding road you have paved by being courageously you!” Chrissy Metz’s beautiful and comforting letter to her younger self reads like one long pep talk.

What advice would you give your younger self? Let us know @BritandCo!