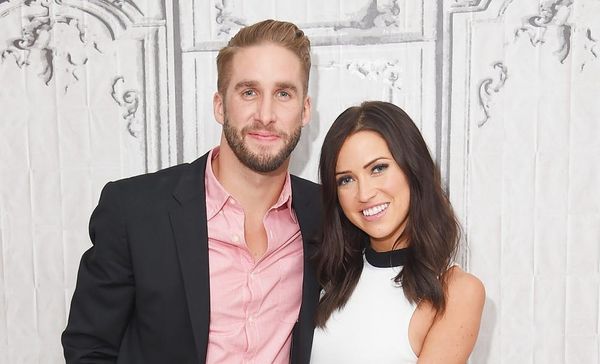 Shawn Booth and Kaitlyn Bristowe announced the end of their engagement three months ago, and now Booth is getting candid about how heartbroken the split — as well as his ex’s new romance — has left him.

“Not only were we engaged but it’s like, man, I lost my best friend too,” Booth said in a preview for the upcoming Sunday, January 27, episode of Ben Higgins and Ashley Iaconetti’s Almost Famous podcast, according to Us Weekly. “Everything we’ve had, everything we’ve been through. You know, we were this team and we got through a lot of stuff together, but then just, like, in an instant it’s all gone.”

Booth proposed to Bristowe on the season 11 finale of The Bachelorette in 2015. Bristowe previously said the end of their relationship came as a result of “[thinking] about what you are fighting for and if it makes sense for your long-term happiness,” but Booth had yet to say much besides a thank you to fans for their support.

Now that his ex appears to be moving on with fellow Bachelor Nation alum Jason Tartick, though, Booth admits that the whole thing has left him reeling and hurt.

“I think just with her moving on so quick, I just have a tough time understanding why she would be putting this out everywhere or blasting it all over the place knowing that it could hurt,” he said in another excerpt of the podcast shared with E! News.

Bristowe and Tartick’s flirtation first made headlines in early January, but Booth told Higgins and Iaconetti that he found out about them in November, after he and Bristowe officially (but privately) called things off in September. Recently, the former Bachelorette referred to herself as Tartick’s “girlfriend.”

“[I’m] trying to understand things right now,” Booth continued, according to Us Weekly. “I guess this goes with her new relationship too. It just kind of makes me question everything that we’ve had.”

What do you think of Shawn’s comments? Let us know @BritandCo.