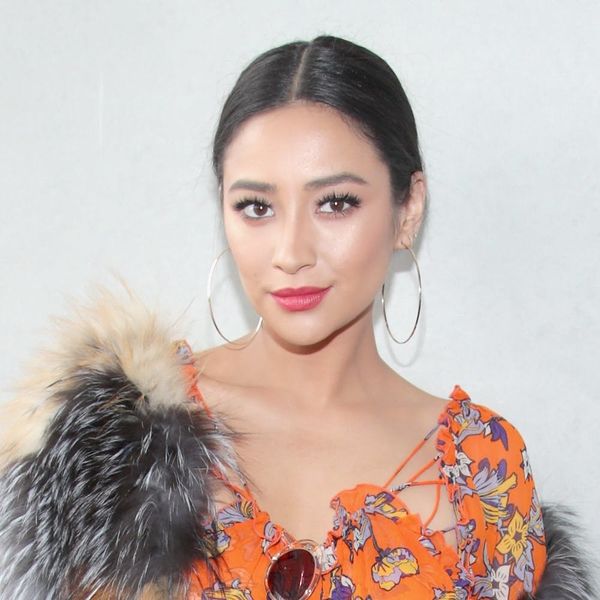 Fresh off the press tour for the final season of Pretty Little Liars, actress Shay Mitchell has been back to her normal behind-the-scenes shenanigans, and she’s posting them all on her Instagram story. And her story today had a tip on how she achieves such flawless skin.

In a series of videos on her Instagram story, Mitchell is getting a face mask applied between shoots. Cheekily, the actress captioned one of her videos where she’s sporting a mask: “Red carpet ready.”

Mitchell’s pal and celebrity MUA Patrick Ta gets the star’s skin prepped with what looks like a clay mud mask, but instead of using his fingers, Ta is going in with a brush! Um, that’s genius.

This method ensures so much more control, so you’re not left struggling to pick clay out of your eyebrows. It also helps you get a more even application, so when your mask dries, it’s not patchy. One thing though: You’ll want to make sure you clean your brush well between uses.

Angel had a photo shoot and I just smiled next to her (she crushed it). Check out this professional dog model in @people 's new issue on stands now! 🐾

The 30-year-old actress is in great spirits in the videos, despite the fact that the ending of Pretty Little Liars is so close (after seven years of starring in the show)! In an interview for People Magazine’s 2017 World’s Most Beautiful Issue, Mitchell revealed she recently adopted a rescue dog, which she named Angel. We get it. Puppies give us life too.

Thanks for the tip, Shay!

How do you apply your face mask? Tell us @BritandCo!

(Photos via @shaymitchell and Cindy Ord/Getty)