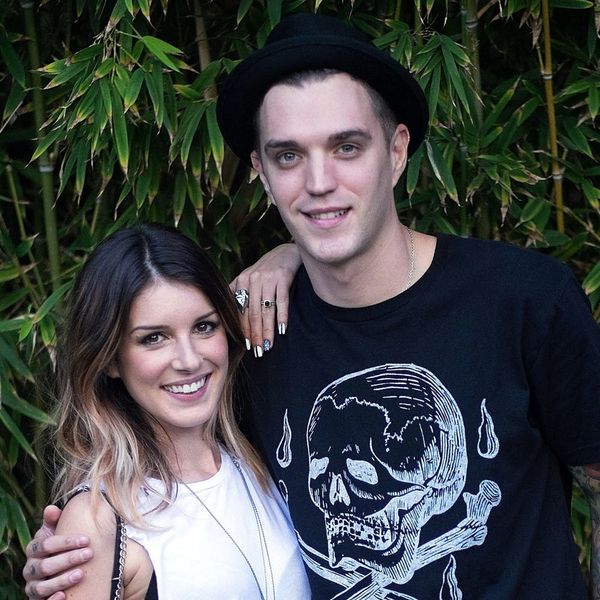 Add Shenae Grimes to the list of celebs having babies in 2018! The former 90210 star just announced that she’s pregnant and expecting a baby girl with husband Josh Beech later this year.

“I can’t believe our world is about to get a whole lot bigger and brighter, and can’t wait to embark on this wild ride with my partner in crime,” the 28-year-old actress told People magazine in a new interview.

Grimes, who played Annie Wilson on 90210, also wrote about the news in a post on her website, calling it “the best anniversary gift” they could have received. (She and British model and musician Beech will celebrate five years as husband and wife next week.)

“It wasn’t totally planned but we decided to let the fates determine when the timing was right for us to hop on this ride of a lifetime and evidently, they thought the time was now and I couldn’t agree more,” she wrote. “We have so much love and laughter in our house that, in a way, it’d feel selfish not to share it with another little human.”

She went on to praise her husband, describing him as “the sweetest, most considerate, understanding, and compassionate guy,” and someone who was meant to be a dad.

“I really believe being a parent is something Josh was put on this planet to do,” she gushed. “His heart is so huge, his mind is so creative, his sense of wonderment, laughter, and playfulness is completely contagious, and his priorities are always family and taking care of others. I feel so freaking grateful and lucky to get to be his partner on this journey and know our baby girl is already the luckiest kid in the world to get to call him dad.”

Beech, whom you may have spotted in campaigns for Givenchy and Burberry (among others), echoed Grimes’ excitement to People, adding, “To say that I am over the moon that we are going to be having a little baby Beech is a huge understatement. Life’s about to get a whole lot wilder, and I can’t bloody wait!”

Did/do you feel like you were made to be a parent? Let us know @BritandCo!