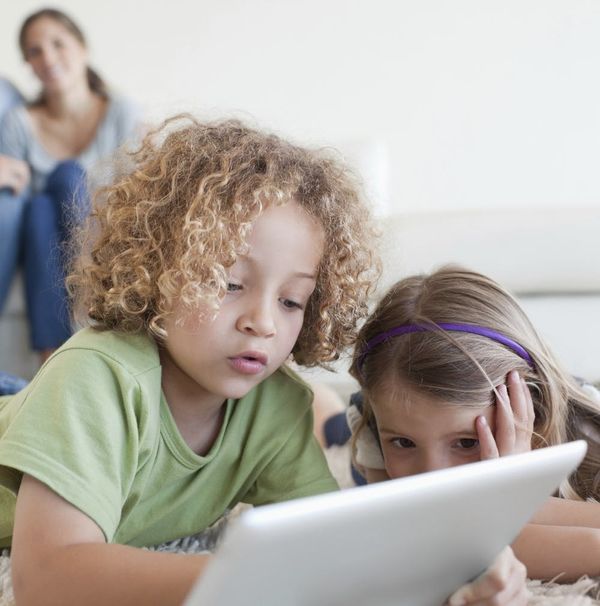 According to a recent New York Times report, Silicon Valley parents are increasingly restricting the amount of time they let their own kids use phones, tablets, and computers. The Times says that “fear of screens” has caused “panic” among parents, many of whom are now contractually obligating their nannies to restrict screen time. The article cites the “addictive” nature of interactive tech devices as cause for parental concern. But given the enumerable harassment and propaganda campaigns that have pervaded the internet and social media platforms for years, parents familiar with these digital tools have other good reasons to be worried about how much time their children dedicate to the internet.

As use of the internet exploded in recent decades, general concern over the use of the internet for nefarious ends grew as well. Human rights advocates, privacy and security experts, and others have long noted that tech companies do little to prevent their platforms from becoming safe havens for oppressive regimes, hate groups, and trolls.

Back in 2013, observers noted that the far right was using Twitter to fortify its cause. Then in 2016, the Southern Poverty Law Center released a report that showed how a relatively small number of right-wing extremists were responsible for most of the insidious content on the site. Though Twitter has conducted several “purges” of notorious accounts, other harmful users have evaded such bans. The story is more or less the same for other social media platforms, which, knowingly or not, provide spaces for the far right to recruit, organize, and harass people.

Death threats, hate speech, and other harassment have been a major issue on social media platforms. According to a 2015 analysis by the Columbia Journalism Review, 27 percent of harassment incidents reported to Twitter included content with hate speech. Additionally, 12 percent of the reports entailed concerns over death threats.

Though tech bigwigs have good reason to keep mum on the matter in public, it’s hard to believe that they’re unaware of the potential dangers their platforms pose for vulnerable people like children. While the NYT doesn’t cite the specific causes for the tech “panic” among Silicon Valley parents, it’s not unreasonable to think that such strict at-home policies are driven at least in part by a desire to protect kids from these and other online dangers.

Of course, there are a multitude of reasons to limit kids’ screen time, and they’re not necessarily specific to families with parents who work in tech. Though not referenced in the Times article, health experts have made numerous pronouncements that too much “screen time” is physically and psychologically harmful for both adults and kids. That potential harm can arise from the social dynamics on social media and content found online, but also from, for example, the physiological effect of looking at a bright screen for hours on end.

And yet, it’s been obvious for many years that the internet, while a helpful tool for communication, has been made a dangerous place by companies that profit from dangerous content and right-wing partisans hell-bent on harassing and threatening their perceived enemies. The internet — and social media and message boards in particular — is not always a pretty or safe place. And while tech parents want to protect their own children from the monsters they may be directly helping to create, the industry has been seriously resistant to taking action that would protect the rest of us from specific and well-documented harms.

Hey @Twitter remember when I reported the guy who was making threats towards me after my appearance on @FoxNews and you guys sent back a bs response about how you didn’t find it that serious. Well guess what it’s the guy who has been sending #bombs to high profile politicians!!!! pic.twitter.com/xBY8FMbqnq

Twitter users in particular have been quick to call out a pattern of enabling from CEO Jack Dorsey. Dorsey, who has been under fire for allowing misogynists and white supremacists to use Twitter for years, is under scrutiny once more after it was revealed that Cesar Sayoc (the so-called MAGAbomber who sent pipe bombs to a series of high-ranking Democrats and liberals last week) had previously threatened a Black woman on Twitter.

The woman, Democratic strategist Rochelle Ritchie, tweeted a screencap of the threat Sayoc had sent her along with a screencap of the message she received from Twitter informing her that Sayoc’s threat did not violate the site’s rules about abuse. After Ritchie called them out, Twitter admitted that their initial assessment of the situation was “a mistake.”

Twitter has made a series of policy changes over the last couple of years in response to outcry over what has been colloquially dubbed the “Nazi problem” on the site. Even still, gaps in the platform’s content moderation strategy allow myriad bigots to send threats, spew slurs, and otherwise attack others.

Twitter and Dorsey aren’t the only offenders, obviously. Mark Zuckerberg has had to appear before Congress multiple times to testify as to how and why Facebook allowed thousands and thousands of “fake news” and disinformation pages to thrive on the site. Activists have pleaded with Facebook for ages over privacy concerns in addition to disinformation, but the site has done little beyond making minor policy tweaks or one-off bans that do not fully rectify the problems. (As it happens, Zuckerberg has been public about his preference that his two young daughters play outside instead of online.)

From Your Site Articles
Elizabeth King
Elizabeth King is a politics, history, and culture writer based in the Twin Cities. She is generally pretty cranky but still enjoys traveling, music from the early 2000's, and plotting the resistance. Feel free to say hi on Twitter at @ekingc or check out some of her work at www.elizabethcking.com.
Controversy
Current Events
Controversy Facebook Tech News Twitter
More From Current Events